Attorneys Go Above and Beyond to Aid Abuse Survivors 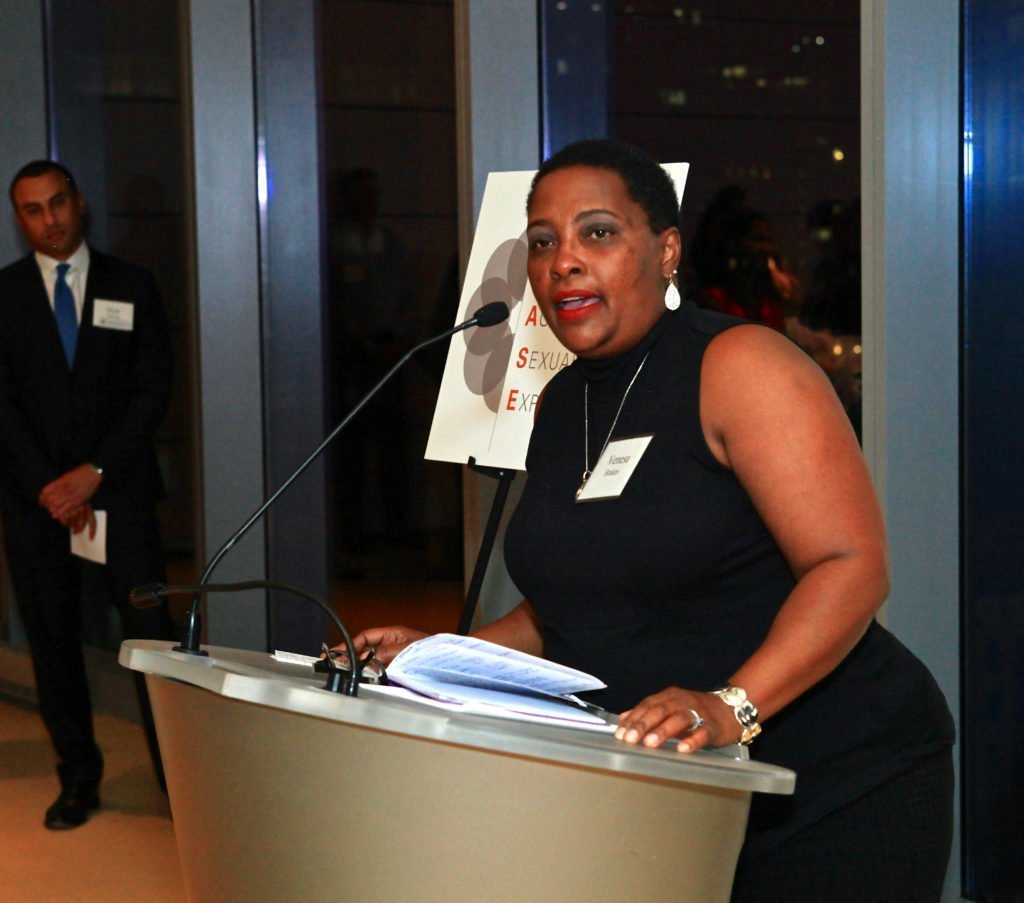 In the weeks following her 2014 kidnapping and brutal assault, Venesa Brakes was ill, homebound and rife with questions about how to move forward. Venesa, a South Side native, laid in bed calling local service providers, awaiting a connection to legal aid workers who would help her navigate the grueling, complex journey ahead.

After a few letdowns and calls dodged by the detective on her case, Venesa was finally connected to the Chicago Alliance Against Sexual Exploitation, or CAASE, a United Way community partner that provides a range of legal and advocacy services to survivors of sexual assault and exploitation.

Little did she know, in her first visit with CAASE Legal Director Christine Evans, Venesa would find a path to justice and healing, in addition to a blossoming new friendship.

“I had no idea of the quality of services that I was going to get. I had no idea they were going to be in my corner like they were,” Venesa said of CAASE. “Christine was just so awesome. I felt like she was more than an attorney for me. This is something that she took a personal touch to.”

In our legal system, when a person is charged with committing a crime, they are represented by an attorney who is tasked with protecting their rights. The state is represented by a prosecutor. But who represents the victim? Survivors of sexual assault almost always go through the criminal justice process alone, with no one to protect their rights or advocate on their behalf.

That gap in legal representation is what Christine and CAASE set out to resolve, focusing on providing aid to the survivors of acquaintance or workplace sexual assault.

“There really was no other organization providing services to victims of sexual assault in the justice system. A victim having an attorney was not expected and uncommon,” said Christine, who was working as a pro bono attorney for CAASE when she met Venesa in 2014.

They discovered that survivors’ greatest needs were navigating the criminal justice process and obtaining protective orders against their assailants in their workplace and schools.

“We’re there to help our client get through the system, to understand the process without their own rights being violated, and to ensure that the process is as un-traumatizing as it can possibly be,” Christine said.

Venesa’s case was one of Christine’s first opportunities to try out this new model of representation. After accepting her case, Christine quickly learned how necessary her presence was. With the detective working on Venesa’s case refusing to return Venesa’s calls asking for an update, Christine was forced to intervene, successfully pressuring the detective to meet with her to discuss the case. In their first meeting, the detective began his questioning by asking Venesa if she was a prostitute.

“I was taken aback,” said Christine. “I knew she was being asked that because she is a low-income, black woman and the stereotypes and assumptions that were loaded in that question floored me.”

Venesa shot down the detective’s assumption before Christine could say a word.

“She looked him dead in the eye and she said ‘I’m not a prostitute but even if I was, it doesn’t mean he had a right to rape me,’” Christine reflected. “I was so proud of her because it was such a powerful thing to put him in his place and say ‘you need to respect me and what happened to me.’ I knew right there, ‘Okay, this woman, I’m going to fight tooth and nail for her.’”

And that’s what Christine did, providing legal and emotional support for Venesa throughout the two-year ordeal that included numerous disclosures of her story, court hearings and filing for a protective order and victim’s compensation.

Venesa’s attacker eventually pleaded guilty to criminal sexual abuse and was sentenced to seven years in prison. He served only three-and-a-half years before he was paroled and released late last month.

"It took a lot of anxiety away knowing that there was somebody there to represent me.” 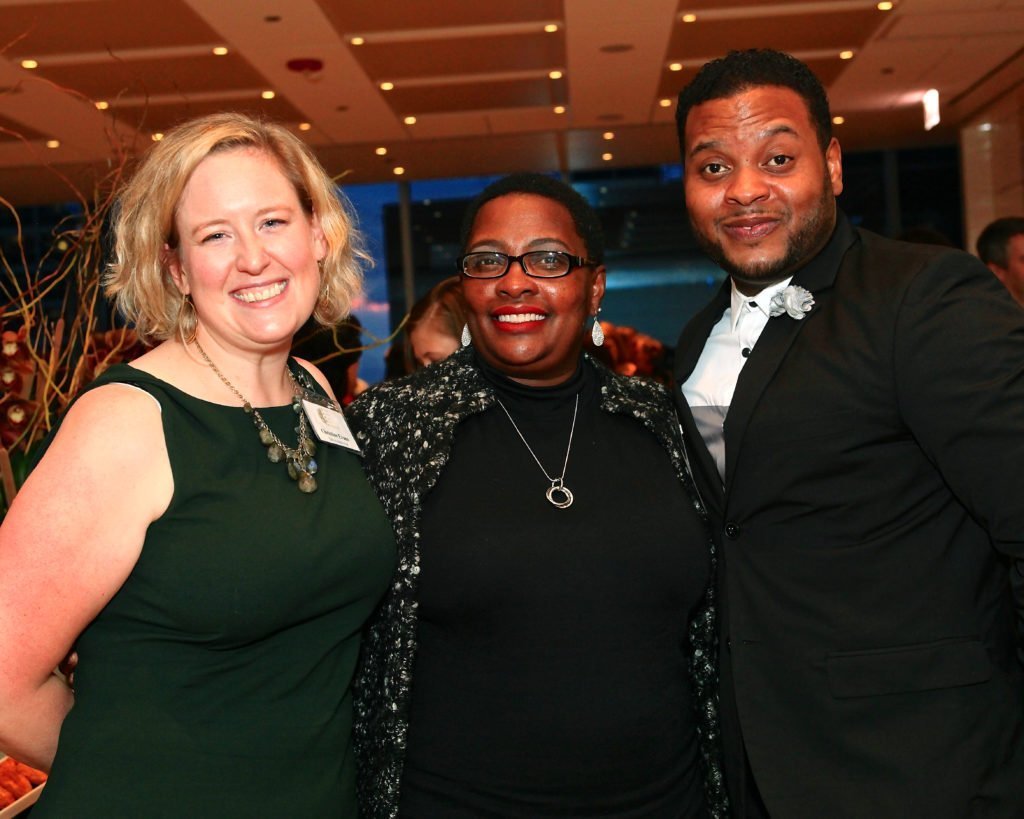 A blossoming friendship in dark times

Though she’s faced great hardship in the aftermath of her assault, Venesa considers herself fortunate. Few rape victims will ever see their assailant held accountable for their crimes. She attributes her case’s success not only to her own persistence, but to Christine’s dedication to her fight and well-being.

“The decisions that I had to make, without Christine, I don’t know what I would’ve done. It took a lot of anxiety away knowing that there was somebody there to represent me,” said Venesa. “It allowed me to take the time to heal.”

Christine was touched by this shared experience, too.

“I don’t keep in close contact with all of my clients, but Venesa was a very special client to me, because she was one of my firsts and because how, in some ways, we kept our strength for each other through this whole process,” Christine said.

Venesa and Christine’s connection remained strong beyond the resolution of the case. Christine helped connect Venesa to therapy services and enlisted her to speak to her college law classes and at CAASE fundraising events. She even travelled hours to Venesa’s new home for a visit earlier this year.

“Being able to continue with keeping in contact with Venesa and seeing her move forward and to continually get to a better place, it continues to remind me that this work is worth it,” Christine said.

The friendship they formed made all the difference in Venesa’s continual healing process, too. Now, she’s turning her experience into an opportunity to help other survivors who lack support or hope for a better future.

“I shouldn’t be here. The man threatened me continuously for 11 hours that he was going to kill me,” she said. “I just feel like my life was spared to help someone else. If I could just reach one person, I’m satisfied.”

Through support of partners like CAASE, United Way of Metro Chicago invests in the safety and well-being of survivors of sexual assault and domestic violence. You can help fund prevention efforts and connect survivors to much-needed health and legal services by donating to our Safety Net impact area. Join us in fighting for people like Venesa. Together, we can build stronger, more resilient individuals, families and communities.