BPNC Immigrant Program Encourages Residents to Stay in the Neighborhood 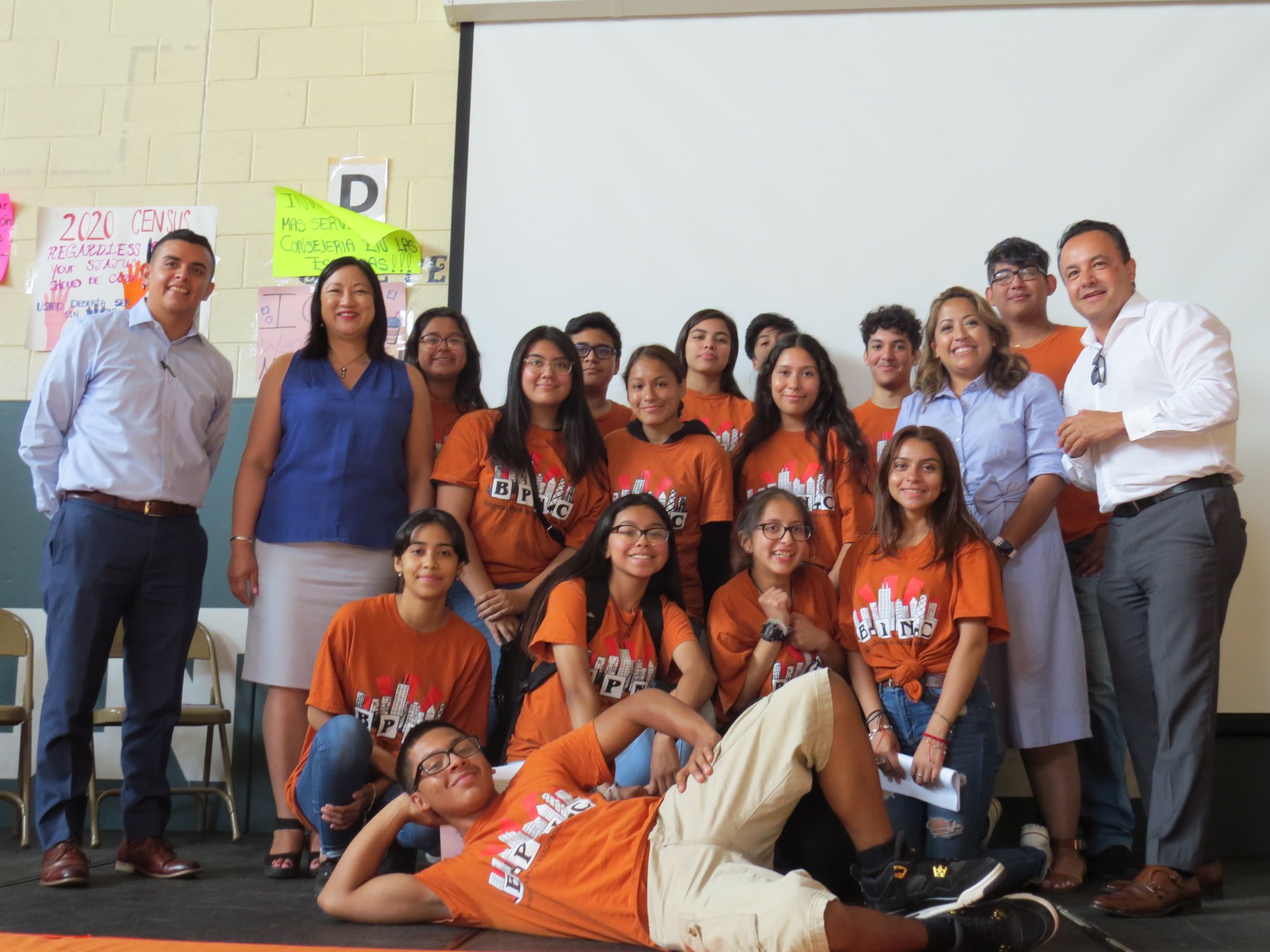 Despite the great impact of our immigrant population, it has been nearly 40 years since Congress has meaningfully reformed the immigration system. Multiple acts for reform have been drafted to support these families, but none have passed. That is why the work of our Neighborhood Network partner Brighton Park Neighborhood Council (BPNC) is so critical to stabilizing immigrant communities.

Brighton Park is a family-oriented community made up of immigrants. With neighborhoods shifting due to gentrification, immigrant families seek opportunities to stay integrally connected to their new communities and their culture. BPNC is empowering immigrants to stay in their neighborhoods through their program, Illinois Welcoming Center (IWC).

The Illinois Welcoming Center was created to address the issues that undocumented immigrants face as they try to build a life in Brighton Park. This program helps undocumented residents access ESL classes, workforce development resources, free legal aid and mental health resources. Case managers provide rental assistance and direct support based on the needs of the individuals or families in the program.

Undocumented immigrants face many barriers upon entering society in the United States. According to IWC’s Success and Stability Program Manager Hilda Martinez, the language barrier and lack of documentation make this transition difficult, especially in the workforce.

“It’s unfortunate that sometimes individuals may see themselves as a second class citizen because of their documentation status. We have so many programs that empower families that are undocumented and bring about a positive self-awareness,” said Hilda.

Hilda has worked in Brighton Park for the past seven years. Over this period, she has observed increasing rent prices, skyrocketing property sales and many new home renovations. While these changes can bring economic development and growth to the community, it can also isolate residents who live at or below the poverty line.

“Gentrification is going to push a lot of people out of the community. I have seen this in Pilsen where, at one point, it was a predominantly Latinx community, but now, because of gentrification, a lot of those families have been pushed out of the neighborhood. I can foresee that happening in Brighton Park,” Hilda said.

To address this issue in Brighton Park, Hilda ensures that IWC reaches all undocumented residents in need. She encourages them to stay and plant roots in the neighborhood because the community is here to help.

Hilda believes the program is a way to resist gentrification. “We are trying to prepare individuals to be successful and feel stable. It gives people the capability to say, ‘Hey this is my neighborhood and I’m going to stay,’” Hilda shared.

New developments can improve the neighborhood without destroying its roots by leaving room for current residents to stay and by creating opportunities to engage those residents. BPNC works hard to protect their immigrant community with programs like Illinois Welcoming Center so their neighbors can feel supported in their transition to the U.S. — and  feel comfortable to call Chicago home.

Donate today and help BPNC sustain programs like the Illinois Welcoming Center as they support their neighbors building a life in the U.S. and in their community.

Backpacks and Building Back in West Chicago

Backpacks and Building Back in West Chicago