In celebration of Black History Month in February, United Way of Metro Chicago launched the new initiative #UnitedWayBuyBlack. We compiled nearly 30 Chicago-based, Black-owned businesses into a digital passport and distributed it widely, in hopes of highlighting the businesses, encouraging folks to support local, and spreading the word about these incredible products and services. We wanted to show our commitment to our neighbors by providing a platform to take a step further than thoughts or words—by using our dollars to support local, Black-owned businesses and help build a stronger, more equitable Chicago region.

Now that February has come to a close, our hope is that everyone continues buying Black. Here are snapshots of three of the businesses from our passport—including two situated in our Neighborhood Networks—and what Black History Month means to each of them.

When Trez V. Pugh III opened Sip & Savor in 2005, his coffee house was the only business on its street, surrounded by abandoned buildings and empty lots. He knew it’d be a risk, but his entire vision involved building community and strengthening disinvested neighborhoods. 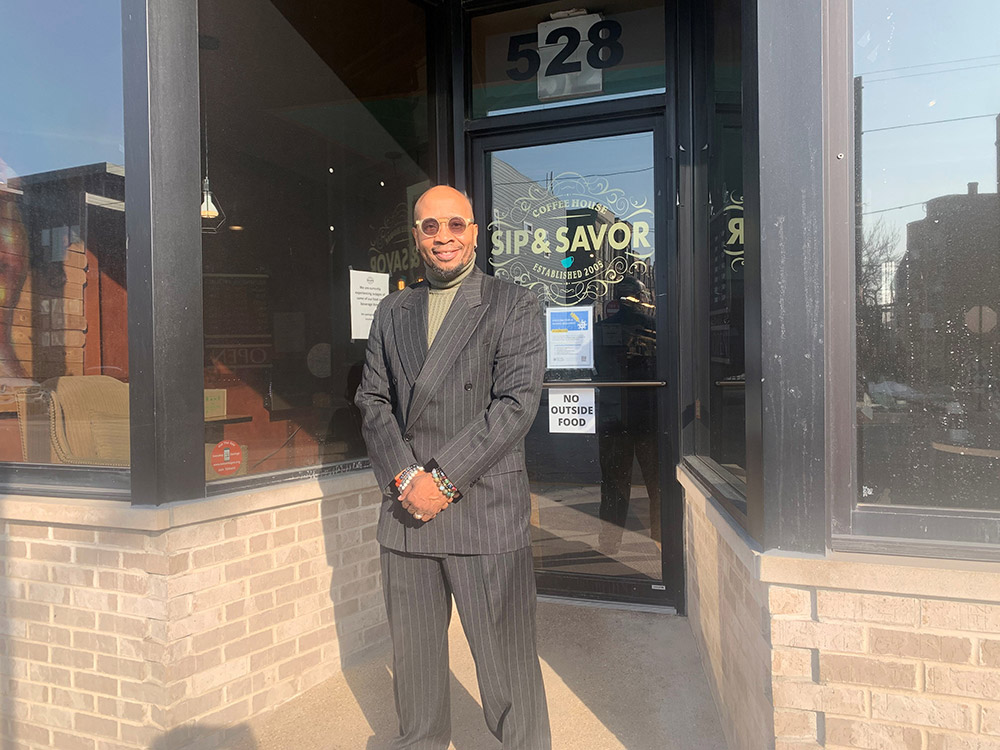 Since then, Sip & Savor has become a vibrant destination spot in the South Side neighborhood, where local artists showcase their work on the walls, community members meet, and everyone is welcome. Pugh says Black History Month is extremely important, and he celebrates it every day.

“They always say Black History Month, but you know Black history is every day for us,” Pugh said. “One of the things we always try to provide is Black excellence, but it’s not all Black. We have all ethnicities, races, sexualities; it doesn’t matter—you’re all welcome here.”

Vegan World Café is a vegan restaurant and catering company that opened last year in North Austin. The restaurant is owned and operated by husband-and-wife duo Elihu and Latricia Swoope. With over 20 years of experience, Elihu cooks the food, which is all vegan and made from locally sourced, farm fresh ingredients.

The Swoopes opened Vegan World in hopes of helping change the mental and physical health of the Austin community and anyone who wants to transform their lives.

“As a Black couple coming from neighborhoods where many disparities reside among Black and brown people, it means a lot to have established ourselves as business owners, bringing hope that you, too, can make that dream happen,” Latricia said.

Moor’s Brewing Company is a Black-owned beer company that operates in various popups around Chicago and has plans to erect a brick-and-mortar location in the near future. It was founded on June 19, 2021, the day Juneteenth was declared a federally recognized national holiday. At the height of the COVID-19 pandemic and civil unrest following the death of George Floyd, more focus was being placed on diversity, equity, and inclusion. As beer lovers, Jamhal Johnson and his co-founder, Damon Patton, thought it was a great opportunity to diversify the craft beer industry, with less than 1% of the industry being African American. 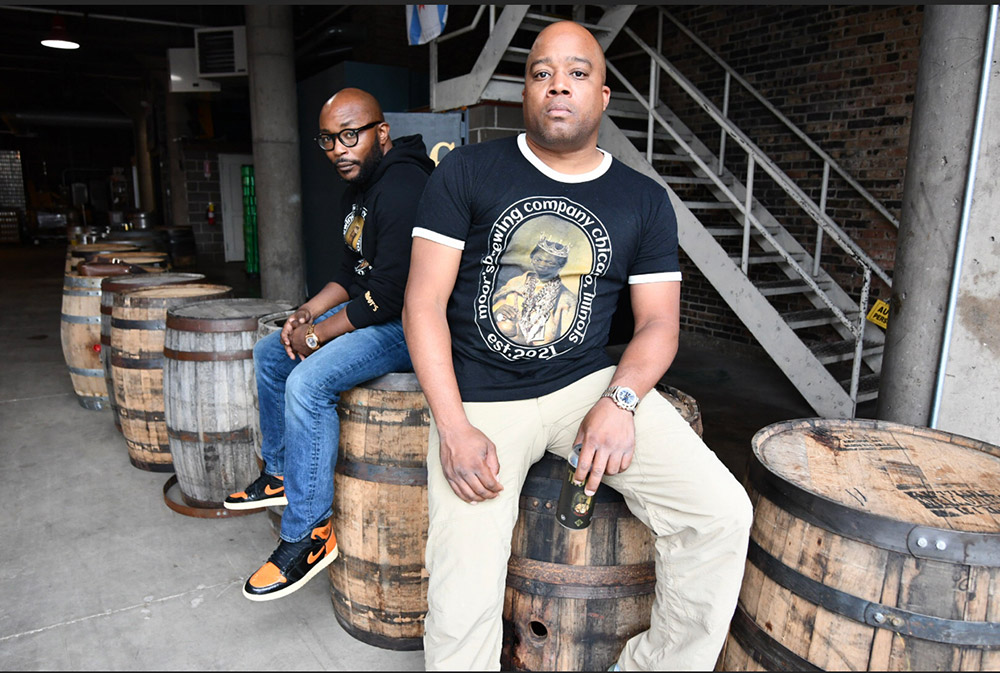 Through their brand, Moors beer represents Black excellence and original craftsmanship, paying homage to the Africans that introduced scientific techniques to Europe, such as the distillation and fermentation processes.

“Being a Black-owned business is about freedom, leadership, and empowerment,” Johnson said. “Being an example to the community that ANYTHING is possible, we can be successful at a high level of business.”

Support Black-owned businesses across Chicago today—and every day. If you’d like to join our #BuyBlack effort, you can access the digital passport here. Use the interactive map to travel from business to business and check each one off as you go!