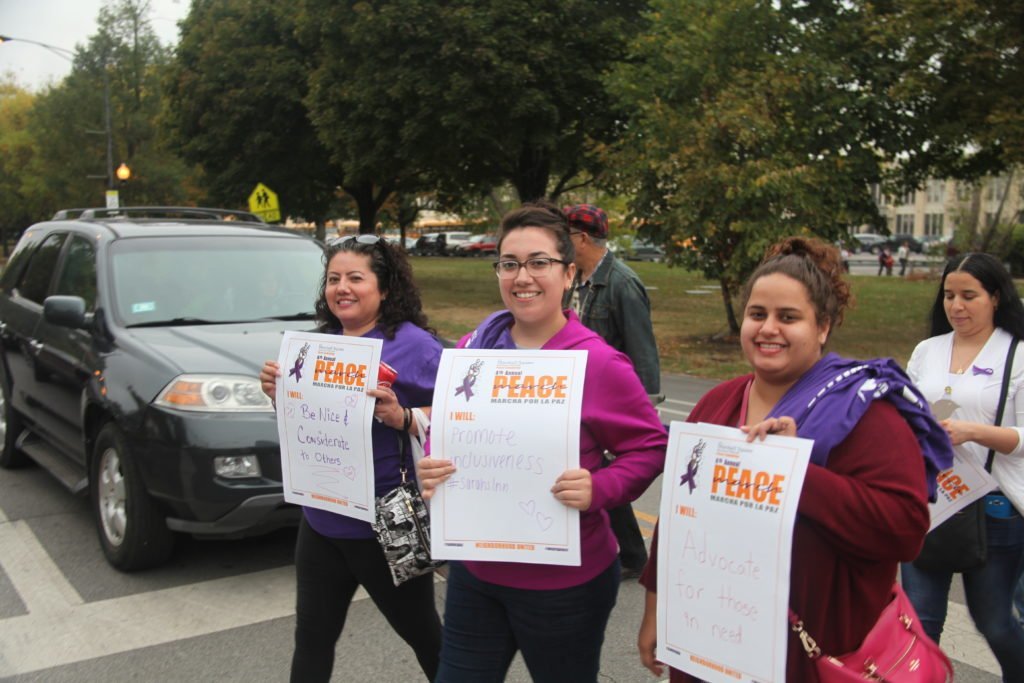 Despite a rainy Friday, a line of demonstrators snaked its way along California Avenue in Little Village, chanting “no more violence” and “no mas violencia.”

Joining the 4th Annual Peace March, residents and friends of Marshall Square, a community on the east side of Chicago’s Little Village neighborhood, assembled to march against domestic violence, an issue that kills one to two residents annually and plagues the lives of countless others.

A neighborhood’s goal to end violence

Little Village is one of United Way of Metro Chicago’s ten Neighborhood Networks. To resolve the community’s most pressing problems, a collaborative of nonprofits, hospitals, schools, government officials and residents have joined together.

Their bold goal is to create coordinated responses to domestic violence, including spreading awareness to identify abuse, counseling services to respond to it and programs to prevent it.

“When people think about domestic violence, they think about it in terms of a person-to-person issue instead of a societal problem that needs fixing,” said Jenny Hansen, our senior manager of Safety Net programming. “The point of the march is to address domestic violence in these cultural ways. They’re saying ‘We can tackle this.’”

Wanda Decwikiel, Co-Chair of the Marshall Square Resource Network Peace Committee added, “The richness of the culture, education and health of the community, depends on our stand against violence. We want to continue to live in our community, but unfortunately many people leave because they don’t feel safe.”

“The richness of the culture, education and health of the community, depends on our stand against violence." 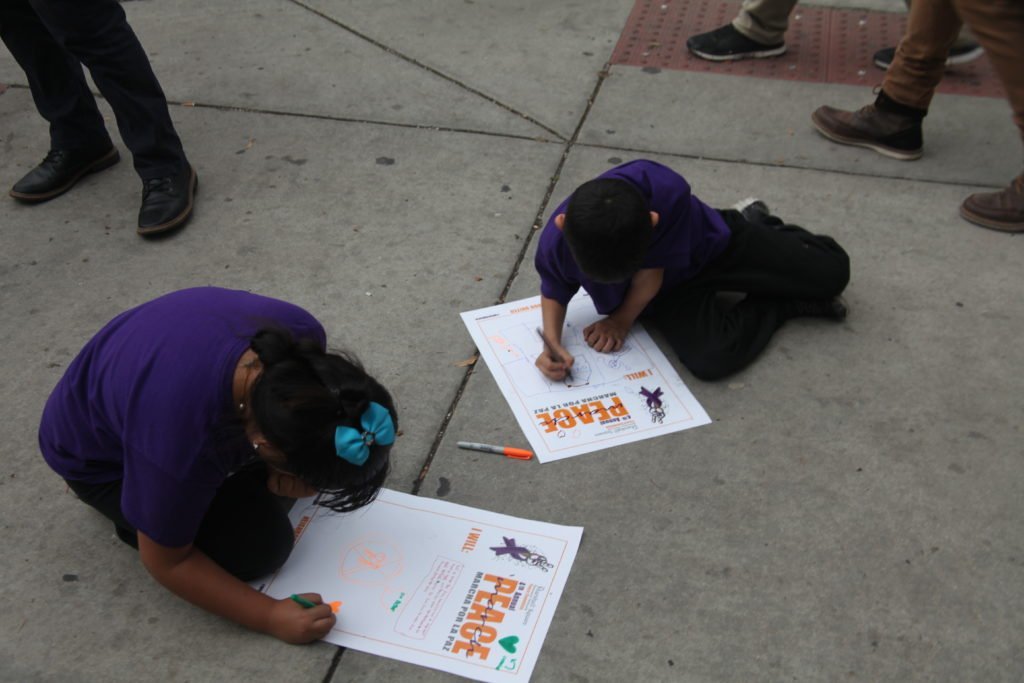 As they marched around the neighborhood, demonstrators wearing purple, the colors of Domestic Violence Awareness Month, held signs with uplifting messages like “advocate for human rights,” “help others in need,” and “speak up!”

Before wrapping up the event, the group marched to Our Lady of Tepeyac Social Center, where altars were on display to pay tribute to community members who lost their lives to domestic violence.

They were joined by Alderman George Cardenas, of Chicago’s 12th Ward. He sees the event as a tool to unite the community.

“The Peace March yields benefits,” Alderman Cardenas said. “People see the march as a unifying event.  As a place to go if they suffer from domestic violence, are bullied at school, or if they just want their voice to be heard.  This is where you go.”