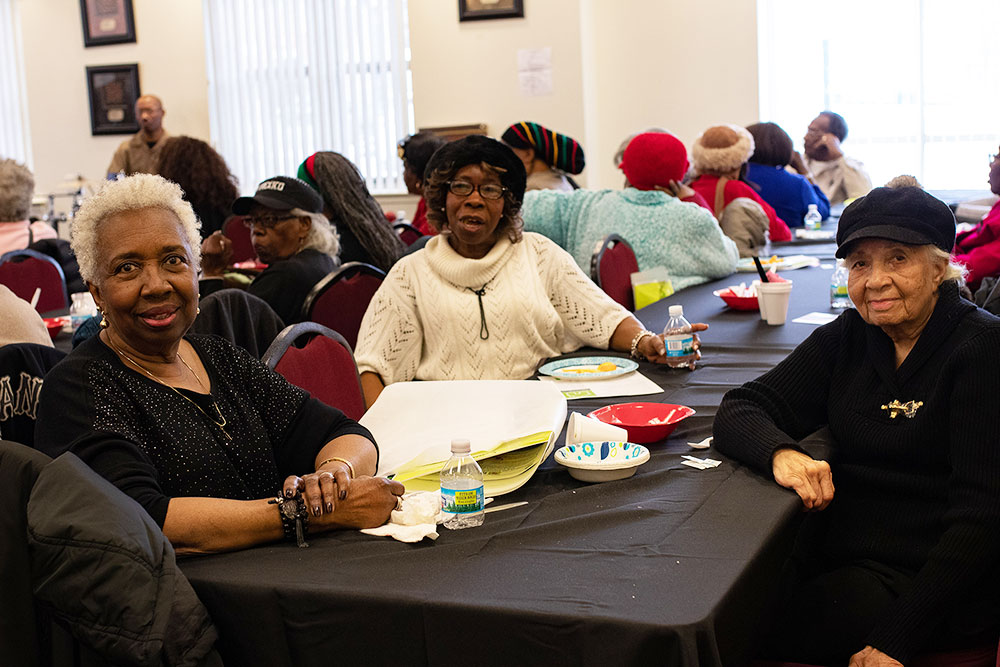 The tunes of Muddy Waters, Willie Dixon and Koko Taylor trailed through the hallways of the Naomi and Sylvester Senior Living Center in Auburn Gresham. In its recreation room, senior citizens of the neighborhood and greater south side region celebrated and reminisced over live blues music and breakfast.

Each year, Greater Auburn Gresham Development Corporation (GAGDC) hosts the Blues & Breakfast event to honor their community’s elders, who are the heart of this historic neighborhood. Across generations, these residents have paved a legacy of resilience and pride, always working to lift up the neighborhood and preserve its narrative as a predominantly Black community.

On this cold February morning, Carlos Nelson, CEO of GAGDC and an Auburn Gresham native, reflected on his own family’s history in the neighborhood. His grandparents and their children, including his mother, have lived in the same home just two blocks from the Senior Center — not too far from blues musician Willie Dixon’s former studio The Blues Factory.

“They were similar to many of the other seniors here in Auburn Gresham and the South Side communities. They came here and weren’t welcome,” Carlos said of his ancestors. “They endured and wanted a better life for their families. Auburn Gresham is one of those communities where you look at our commercial corridor and see vacant, vacant, vacant, but the residential blocks are still very strong and it’s because of those seniors.” 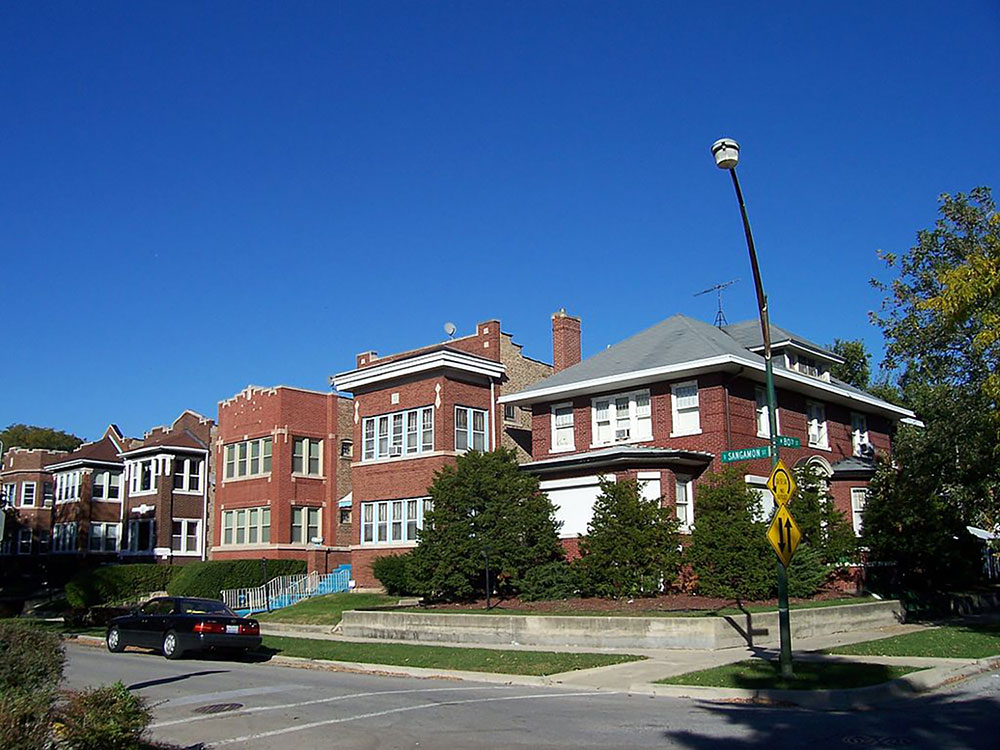 Brick apartments lining the blocks were once home to Irish and German migrants in the early to mid-1900s. They heavily populated Auburn Gresham’s six commercial districts, until African Americans began moving into the area in the 1960s. At that time, Irish and German residents migrated to the suburbs, shifting the economic foundation of the neighborhood. It was the Black residents who became the community stronghold as homeowners, local laborers and government officials.

Generations later, the community is now embarking on another pivotal moment in its history: an economic renaissance. Auburn Gresham was recently announced as a Chicago Prize finalist in their call for a healthy hub, an urban farming center and a housing and business incubation center. The lead project 839 Redevelopment would transform a vacant office building — aptly located at 839 W 79th Street — into a healthy lifestyle building for residents. An investment like this could spur a revitalization across the entire 79th Street commercial corridor, uplifting its economy for generations.

But, through this revitalization, leaders like Carlos are determined to preserve the neighborhoods’ culture and residents’ long-standing legacies.

“For us, it’s very important to honor our seniors here. It’s one of those communities where white flight devastated [the community]. White folks exited, Black folks moved in,” Carlos said. “When they moved in, the houses were still very well maintained. The seniors — they’re the reason why so many of us in the neighborhood can keep doing the work that we do.” 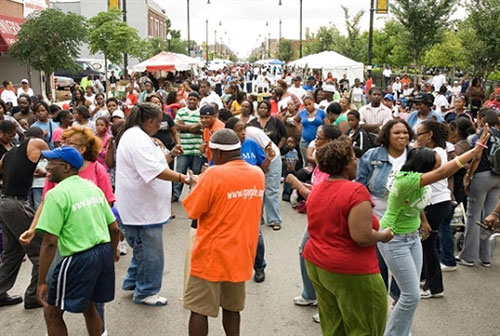 One way that they are preserving their legacy is through programming around the culture of the neighborhood, like their summertime 79th Street Renaissance Festival. The two-day celebration of local businesses and organizations pays homage to the neighborhood’s black roots with African Adinkra symbols embedded into the sidewalks and banners, along with performances of Chicago music staples, blues and gospel.

Both the Festival and Blues and Breakfast connect senior residents back to some of their finest moments of youth — partying together. 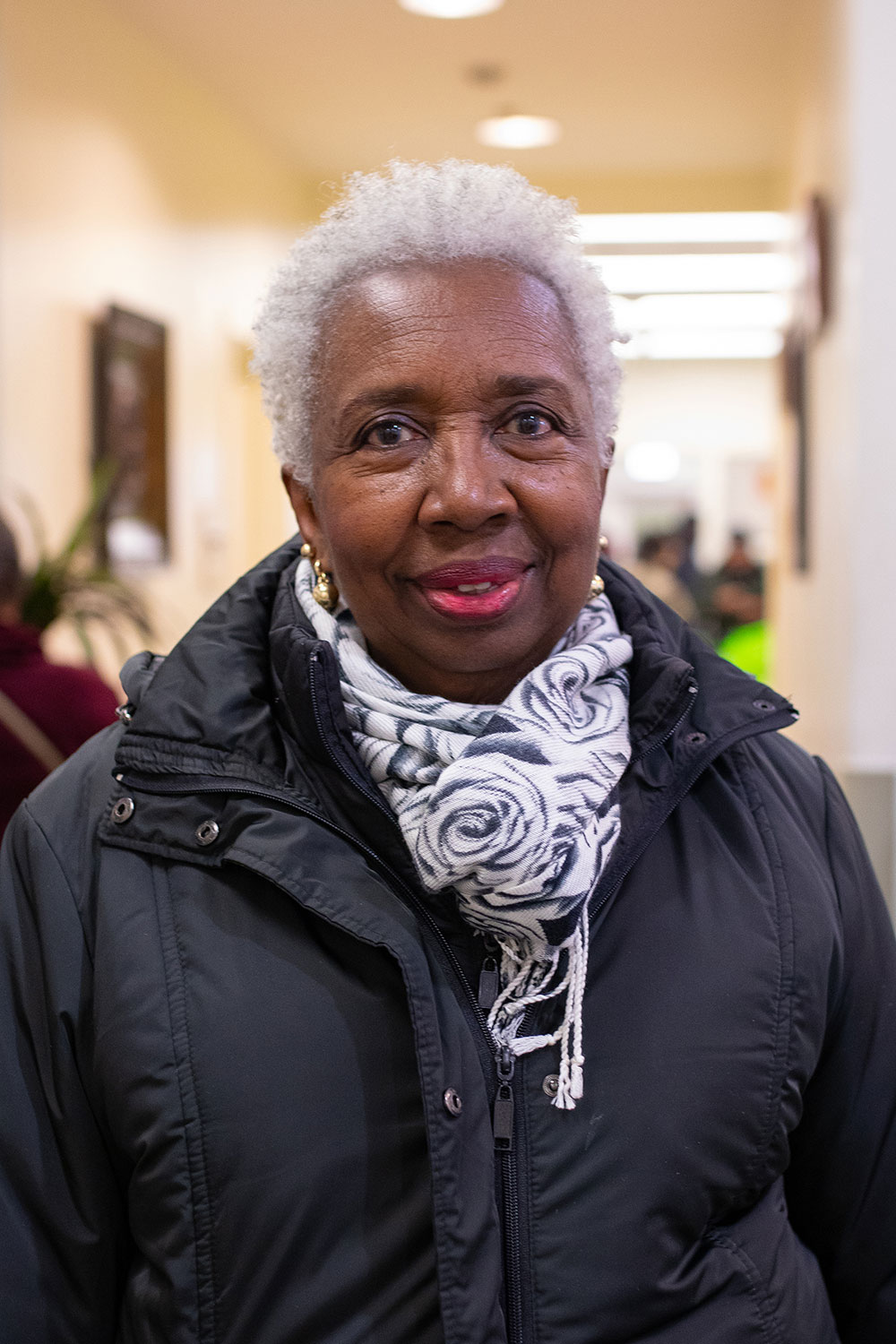 At Blues and Breakfast, Joyce Scott, a long-time resident since 1973, was reminded of how she and her husband used to bond over music. “Back in the day, when I was much younger, me and my husband, we would attend a lot of functions with blues players,” she said. “My husband liked to go all the time. If he had the opportunity, he was there.”

Though she’s more of a gospel-lover, Joyce attends community events like this whenever she can. She said that’s because there have been more available than ever before.

For her, growing old in Auburn Gresham is made possible by her community ties and support from GAGDC. Through GAGDC, she’s able to receive free home repairs whenever necessary, removing a financial burden.

“I love my community, I love where I live,” Joyce said. “Being a senior, it’s hard living on a fixed income, so they pitch in to do what they can. It helps and that’s a wonderful thing.”

When you support United Way’s Neighborhood Network Initiative, you help invest in the renaissance of neighborhoods like Auburn Gresham, all while preserving the heart of these dynamic communities. Donate today!

This blog post was written by Courtney Morrison, a United Way of Metro Chicago AmeriCorps member.

In a Pandemic, Information Is A Lifeline

In a Pandemic, Information Is A Lifeline