September 13, 2018. The date of that warm, Thursday evening along South Cicero Avenue, is one Officer Jamarie Coleman will never forget. While on patrol in the Town of Cicero, a western suburb of Chicago, Officer Coleman and his partner stopped a “suspicious” vehicle. Upon exiting their patrol car, the driver of the car fled, Coleman said.

Just before a busy expressway, an altercation with the two officers broke out.  In what felt like a few seconds, the man shot Officer Coleman’s partner multiple times. Officer Coleman returned fire and apprehended the man.

In the aftermath, the Cicero Police Department, supported by a coalition of social service providers, quickly intervened to provide emotional support and resources to the officers and other first responders. Their coordinated response is an example of the culture of care Cicero police and community leaders strive to create through trauma education.

“A trauma-informed community is proactive in building relationships, like the police are doing in the community,” said Jackie Wallen,a licensed clinical professional counselor at Youth Crossroads and member of the Cicero Community Collaborative. “But also reactive, so that when something traumatic does happen, they have the foundational knowledge of how trauma impacts people and they can respond appropriately.”


A few years ago, in response to rising suicide rates among Chicago police and a need to improve interactions with residents, the Cicero Police Department began requiring trauma trainings for its officers and leaders.

The trainings teach officers what causes trauma, expressions of trauma and tools to empathetically respond to traumatic incidents or situations in their lives and the lives of others. It was created by two leaders -- Jackie and Meg Hefty -- of the Cicero Community Collaborative, a coalition of community stakeholders supported by United Way of Metro Chicago. Meg also serves as associate director of Sarah's Inn, one of the largest and most comprehensive anti-domestic violence agencies in the region.

“We want to be better servants as police. That's the foundation of what we do,” said Cicero Police Commander Vince Acevez, a 20-year veteran and deputy superintendent of the Patrol Division.

For Officer Brian Trapani, a seven-year veteran of the force, the training was “enlightening” and helped him reevaluate his day-to-day interactions with Cicero residents.

“If you understand that the person you’re dealing with has some sort of background behind them that you’re not aware of, and that’s why they’re acting the way they’re acting, we can reduce physical and verbal altercations between them and the police,” he said. “We can even reduce future incidents [by getting them help].”

In addition to the trainings, the department, with support from Jackie and Meg, developed a handful of internal initiatives to create a police culture that prioritizes officers’ emotional and mental health.

First, they formed a peer support group to address officers’ professional and personal struggles. While it’s still in its early phases, the support group shows promise in cultivating a deeper culture of empathy and support in the department and, in turn, the community -- the main goal of the Cicero Community Collaborative’s work.

“Everyone in the peer support program has gone through some tough stuff,” Jackie said. “They're willing to share that to connect with other people...It's starting a conversation, rather than just a quick check-in.”

The group also created a wellness committee that is building a gym for officers to let off steam and creating plans to implement yearly mental health checks. 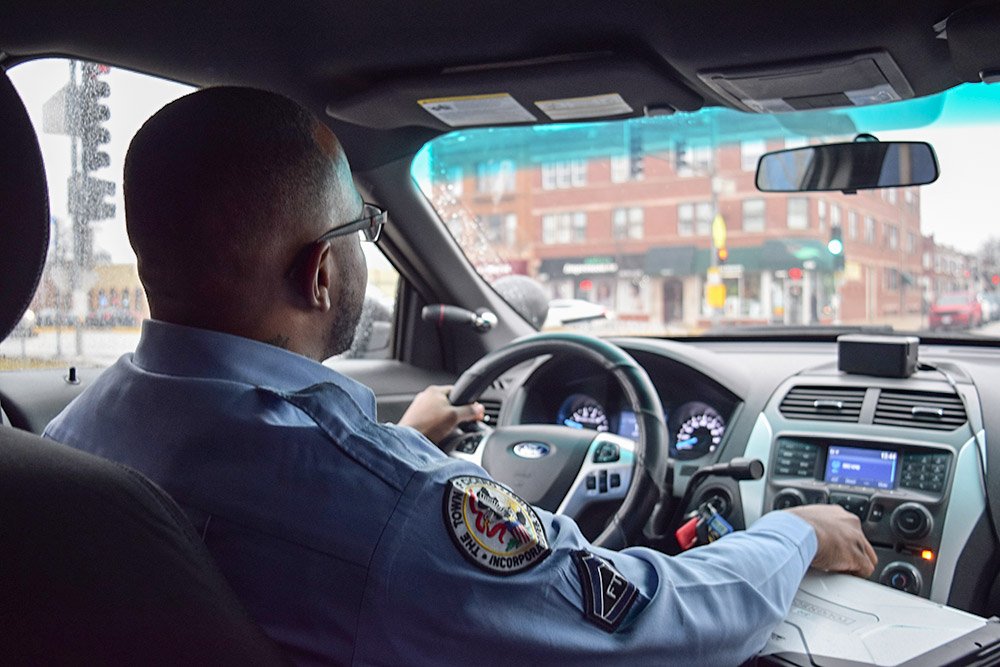 Officer Coleman returns to duty with
a new outlook

With the support of his colleagues and department leaders, Officer Coleman returned to Cicero’s streets in February. And while he’s back to his normal routine, his outlook on trauma has changed.

“A lot of young cops, we all feel invincible, like nothing will hurt us,” he said. “But trauma did hurt me. That's what stopped me in my place and was like ‘wake up.’”

As he healed, officers in the peer support program consistently called him to let him know they cared, and the department connected him to a police therapist. “The department was very supportive of me taking my time to heal and not coming back until I was ready,” Officer Coleman said. “Trauma is serious. You can’t be on the street until you’re 100 percent right.”

Now that he’s returned to the force, Officer Coleman is hopeful conversations about trauma-informed care will continue and that additional trauma trainings will help prepare him and his colleagues for future situations.

“I think [trauma training is] so far behind in policing … We teach people how to get physically fit. We don't teach you how to take care of your mind,” he said. “We need to take care of ourselves so we can take better care of the community.”

This piece is the second in a two-part series about efforts to enhance trauma-informed care in two of United Way of Metro Chicago’s Neighborhood Networks. To read more about the Cicero Community Collaborative's work to build a stronger, healthier community, check out this feature by the Robert Wood Johnson Foundation.