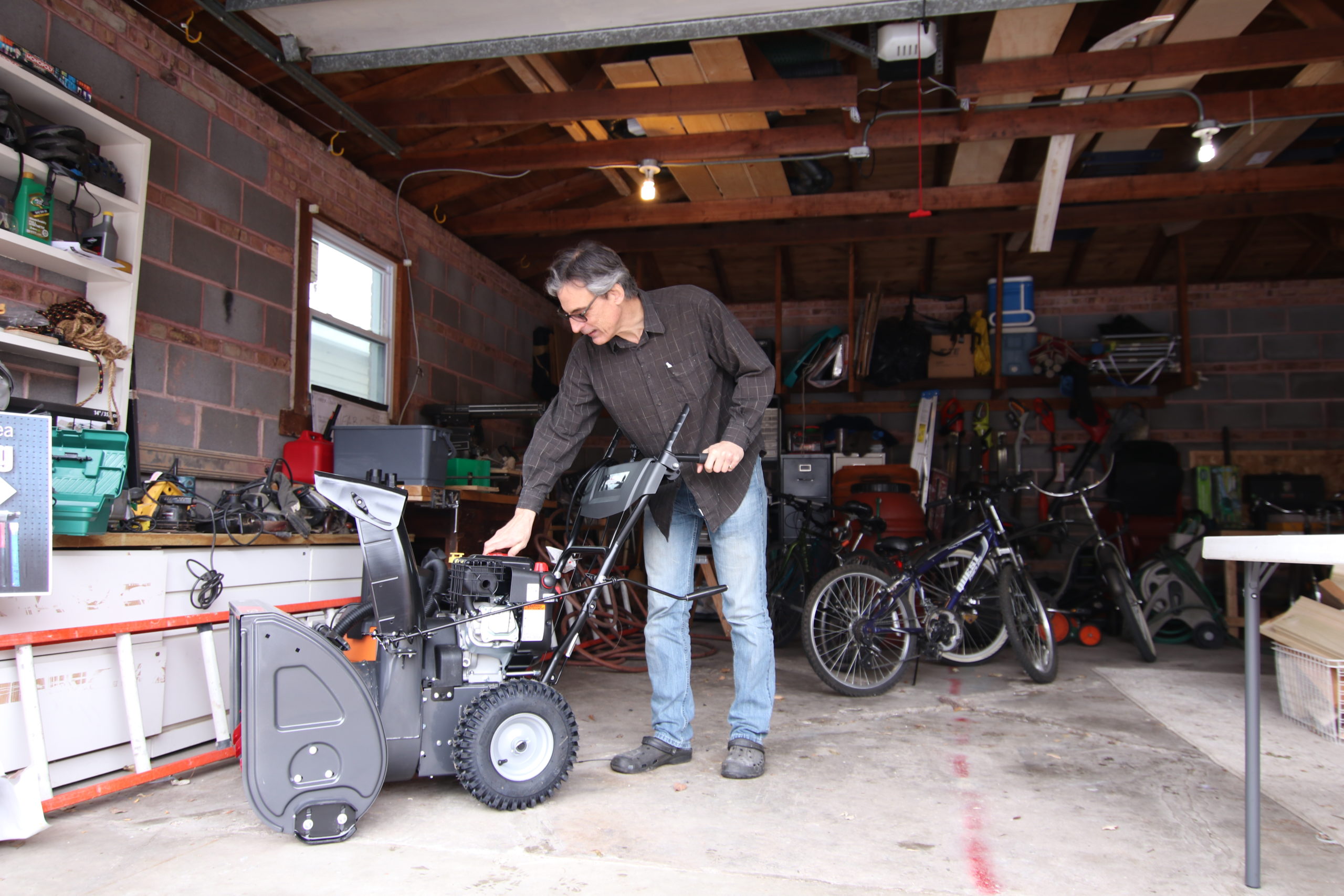 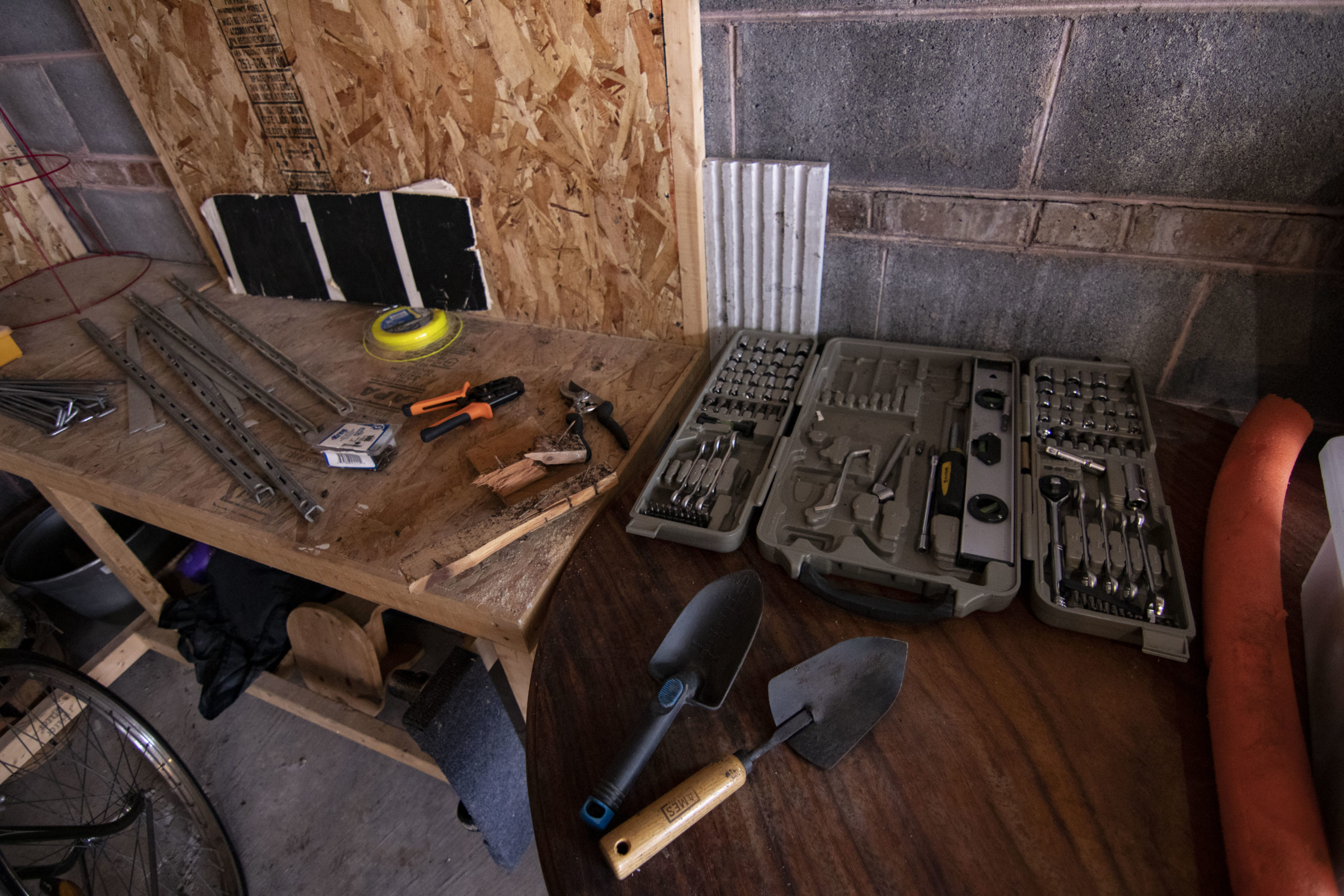 When Glen Fullmer moved into his Evanston home seven years ago, he didn’t want to splurge on a bunch of home and garden tools that would collect dust most of the year. And when he went searching for tools to rent, he found they were also extravagantly priced.

The struggle to find an accessible and affordable option planted a seed in his mind: Could I create a way for my neighbors to share tools?

Years later, with financial and technical support from Evanston Cradle to Career (EC2C), that idea has blossomed into what is now the West End Area Block Club’s Tool Lending Library. The lending library opened up shop in Glen’s garage last summer after the Block Club won a community-building grant from EC2C, the lead agency in the Evanston Neighborhood Network.

“[The Lending Library] was a twinkle in my eye for a number of years,” Glen shared. “When I first moved in, I never really owned my own home and I realized I need to buy tools, like a hedge clipper. And I’m going to need it like once a year but they’re a couple hundred bucks. It was one thing after another.”

In a neighborhood that sees great economic disparities within a few mile radius, the Neighborhood Network empowers residents to solve specific, community-identified issues. For the last three years, EC2C’s Advocates for Action committee has awarded grants to do just this.

Whether lending a hedge clipper or forming a teen mental health support group, these grants help foster an environment where neighbors have the resources they need to advocate for themselves and their neighbors. Ultimately, this creates an environment where residents feel safe and supported.

“The Advocates for Action [committee] is made up of community members, so we know the struggles and what it takes to survive here,” said Marquise Weatherspoon, the committee’s president.

Having lived in Evanston for 33 years, Marquise is motivated to get back to grassroots organizing where individuals can make change at the local level. “I have seen how people in our community felt like their voices weren’t being heard. Now, they feel like we have answered the call.” 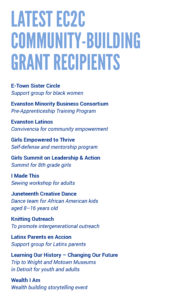 Each grant cycle, Advocates for Action review proposals and identify the strongest ones to showcase their projects before the full committee.  Then, the committee selects projects to receive grants of $250 to $1,000. To date, the committee has given 25 grants totaling nearly $20,000, with the number of grants awarded growing each cycle. Each grantee is then assigned one of the Advocates to support them in bringing their grant to reality.

Glen’s lending library was one of the select projects to receive funding last year. With this financial support, he and the West End Area Block Club began to create a space for neighbors to support and learn from one another. “I’m the least likely candidate to run a tool library but that’s what you find. You find neighbors who do know the tools and can teach you,” he said.

Their model is simple. Neighbors can donate items to the library and borrow tools when they need them. Most recently, they purchased a snowblower for neighbors to clear driveways and sidewalks during these brutal Chicago winters. The Block Club has also hosted a bike repair workshop led by a volunteer from Evanston Bike Club.

Eventually, Glen would like to expand to add toys to their inventory since Evanston is home to many growing families.

While the financial award from EC2C keeps their lights on each Saturday, the grant means more than just money. This community support has inspired a sense of confidence and momentum among the Block Club members, encouraging them to continue building relationships with each other. “Immediately, you realize the real value is the relationships that you start forming,” Glen explained. “[When] you’re serving the neighborhood, it’s both practical support for people and cementing the bonds of trust.”

Now, they’re ready to spread the word about what’s possible when you give people resources to solve the problems they’ve identified. “Our vision would be to inspire other neighborhoods that this is something very easy to do and that it doesn’t take a lot to create a real asset that serves the neighborhood.”

When you give to United Way, you help bring community-led initiatives like the Tool Lending Library to life, providing resources and building trust among neighbors. Donate today!

This blog post was written by Courtney Morrison, a United Way of Metro Chicago AmeriCorps member.