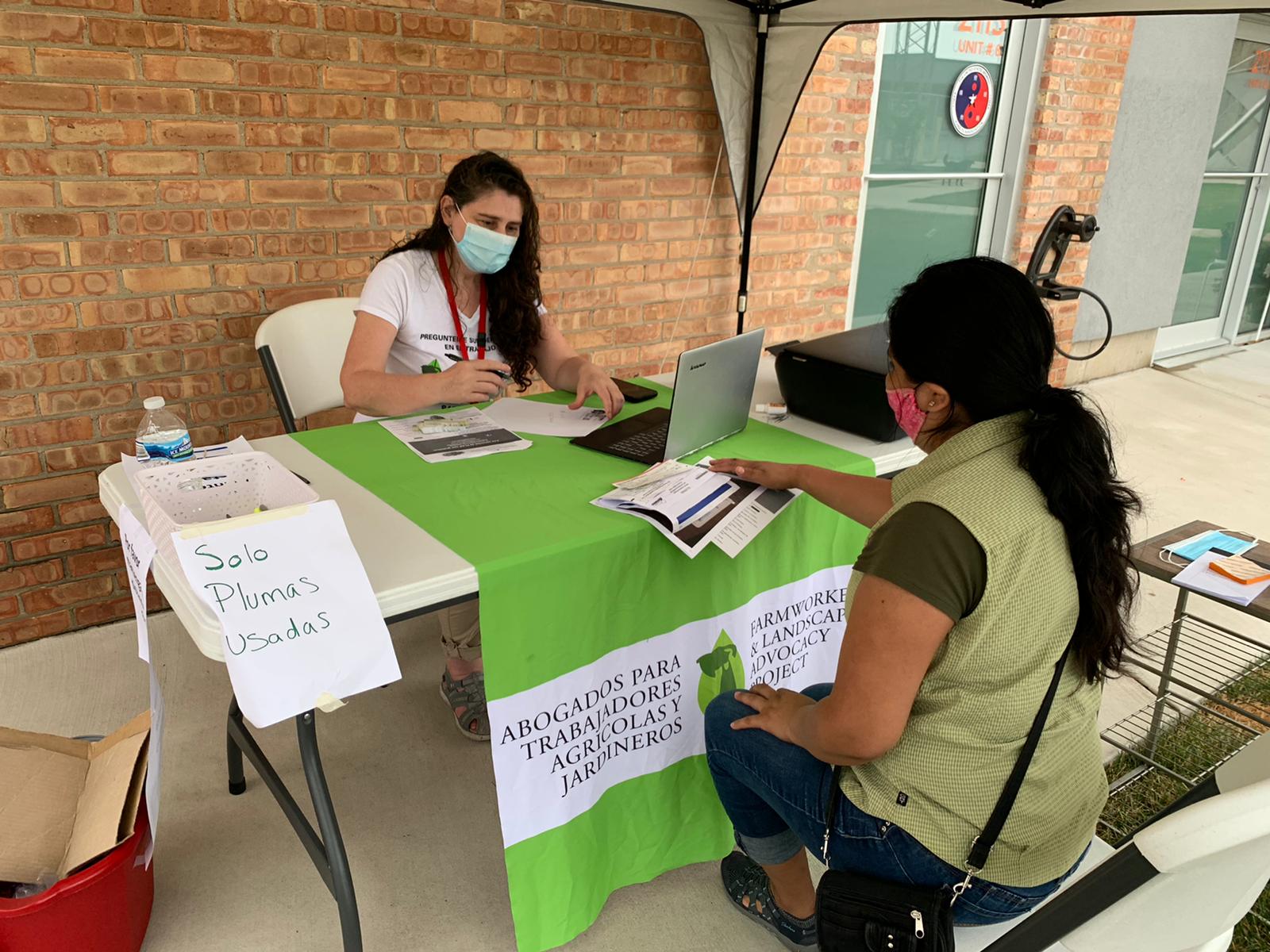 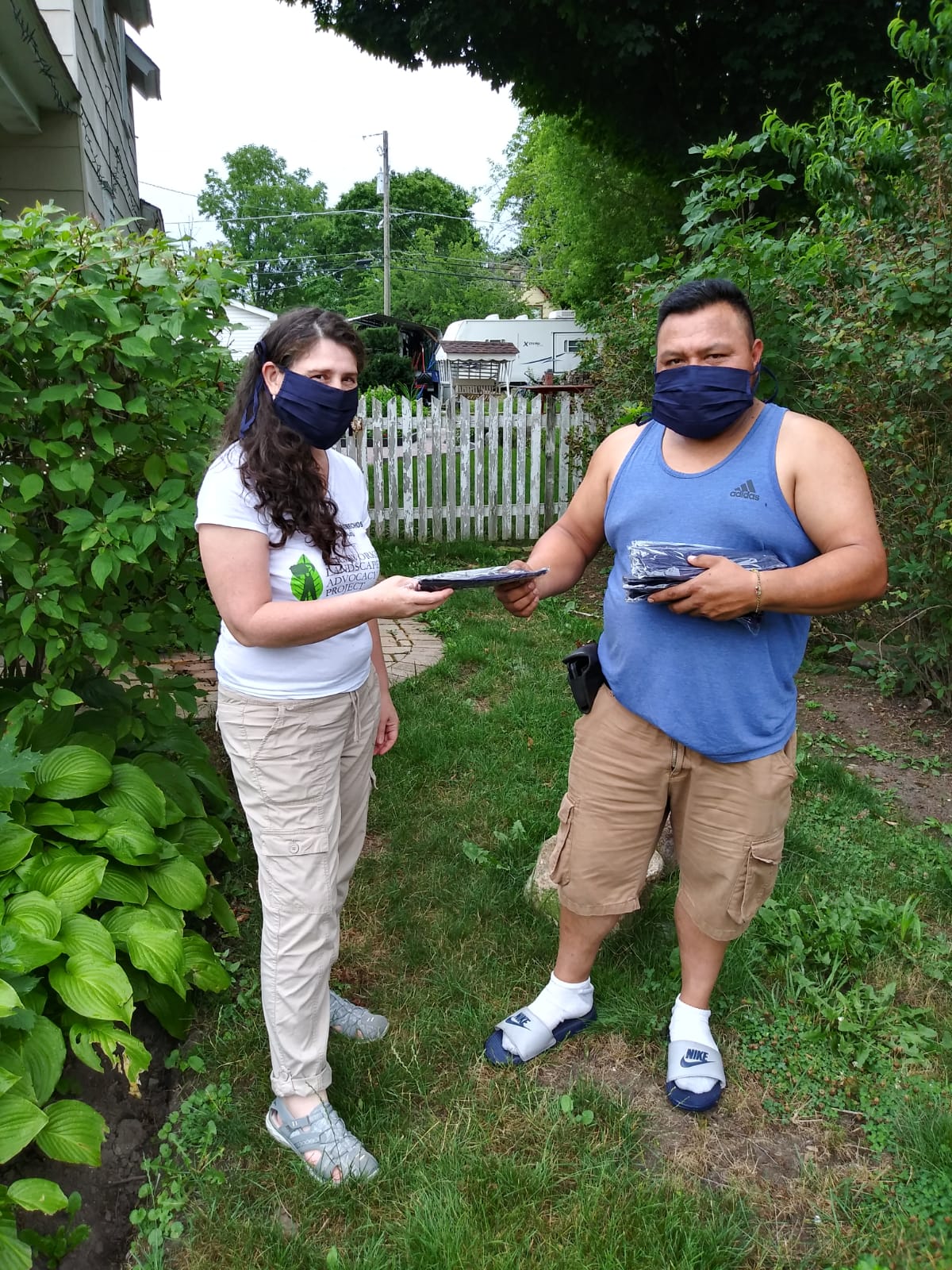 Summer is here, and with this warm weather comes our favorite seasonal staples — fresh produce and (socially distant) barbecues.

While chowing down on fresh watermelon or corn on the cob, have you ever considered how that food got to your plate?

In Illinois, more than 22,000 farm workers work day in and day out to put food on our tables. They’re our neighbors, friends and family. They’re also essential workers.

However, the working conditions they face are harsh, especially during this pandemic. With a grant from the Chicago Community COVID-19 Fund, Farmworker and Landscaper Advocacy Project (FLAP) is supporting farm workers during this difficult time.

“You go to the grocery store and you need cheese or tomatoes for dinner. But you need to realize there’s a human being behind that cheese and those tomatoes. There are human beings making it possible for you to have food for your family,” said Alexandra Sossa, FLAP’s executive director.

In response to COVID-19, farm workers have lost their jobs or had their hours cut, making it difficult to pay their bills and support their households. For those who are undocumented, there is no safety net — they aren’t eligible for unemployment benefits or a stimulus check, even though they pay taxes.

If they do have a job right now, farm workers face brutal conditions.

Each day, they wake up at the crack of dawn to work in fields under the beating sun for more than 10 hours. They usually don’t have access to clean drinking water or a bathroom, and they make less than minimum wage.

At many farms and factories, workers aren’t receiving personal protective equipment (PPE) and aren’t able to social distance to protect themselves and prevent the spread of the coronavirus. If they do get sick, they either have to decide to go to work sick or stay home and lose wages. They also risk spreading it to their families if they live in multi-generational and multi-family households, as many migrant workers do.

These conditions aren’t their only hardships. Farm workers frequently experience exploitation by their employers. They’ve reported being overworked, denied pay and threatened with deportation by their bosses if they don’t come to work. Some have also had continuous exposure to hazardous substances, like pesticides, that can make it difficult to breathe.

Sadly, these conditions aren’t new. Exploitative practices have been prevalent in the agriculture and farming industry in the United States for centuries and movements to organize unions for workplace rights have long been suppressed. Today, workers — particularly those who have immigrated to the U.S. —  bear the brunt of this, facing mistreatment and poverty.

While these challenges are numerous and well-known within the farming community, many workers don’t know their rights in the workplace and don’t have support to assert them.

That’s where FLAP comes in. FLAP’s team educates workers across industries through dozens of Know Your Rights trainings each week. Since May 5, they’ve reached more than 20,000 people with this critical information.

Additionally, FLAP has provided more than 10,000 masks and $500 cash payments to more than 1,200 low-income, Latinx workers in the suburban region. This assistance will help them sustain their household for the time being.

“With $500, they can sustain their whole family for a month, believe it or not,” said Alexandra, who personally drives around the region giving the checks to workers and their families. “[FLAP] gets the money today and we give it tomorrow….We always put the workers first.”

The needs of neighbors far exceed the help available. When you donate to the Chicago Community COVID-19 Response Fund, you’ll put money right in the hands of workers impacted by this crisis. Pledge your support today!