Fortitude through Public Art in Bronzeville

Located on the South Side of Chicago, the Bronzeville neighborhood—one of United Way of Metro Chicago’s Neighborhood Networks—is historically known as the “Black Metropolis,” a hub of Black business and culture. This Black History Month, we highlight the vibrant community through its public art, with a look at five of the many murals that represent the neighborhood’s history and icons in music, poetry, and advocacy.

“These murals depict the Bronzeville community and its history, as well as the neighborhood’s fortitude and forward-thinking future,” said Vivian Harper, director of community strategy and development for Bright Star Community Outreach. “It’s an enlightening reminder of the community’s DNA. We have hardworking, successful residents in Bronzeville, and these murals serve as a reminder of the wealth we have in our community and the wealth we strive for, including historical, mental, and political wealth.”

“Have A Dream”
East 40th and King Drive 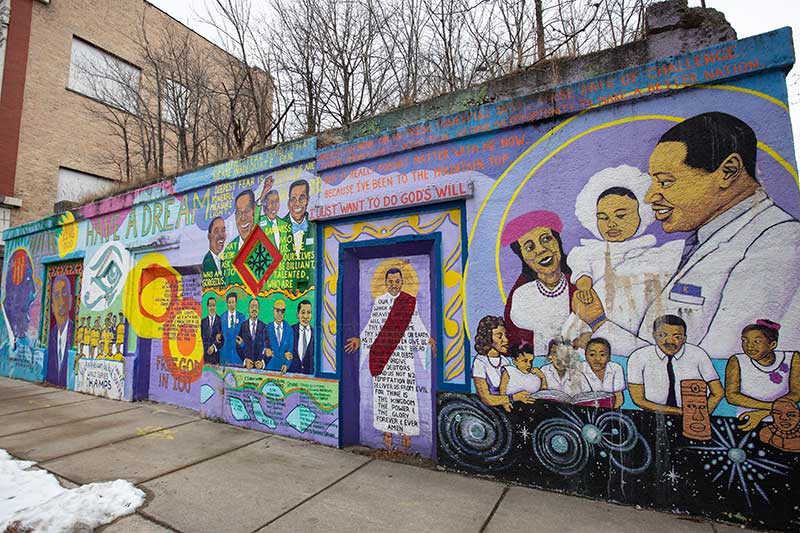 Painted by Rev. C. Siddha Sila Webber in 1995, this mural includes text from Martin Luther King Jr.’s famous “I Have a Dream” speech, passages associated with Nelson Mandela, and excerpts of religious texts, like the Lord’s Prayer. Webber was one of the founding members of the Chicago Public Art Group and was a founding father of Bronzeville’s mural movement throughout the community. In 2015, the mural underwent a huge restoration after becoming severely weathered. During the restoration, a portrait of President Barack Obama was added, as well as the Jackie Robinson Little League Team.

This 12-foot by 26-foot mural of singer, jazz pianist, and actor Nat King Cole was created by mural artist and urban planner Chris Devins, who grew up in Bronzeville. With an intention of preserving the neighborhood’s rich history, he hopes to install a total of 32 photo murals depicting iconic Black artists from Bronzeville and strengthen the neighborhood’s position as a center for African American arts, culture, and entertainment. 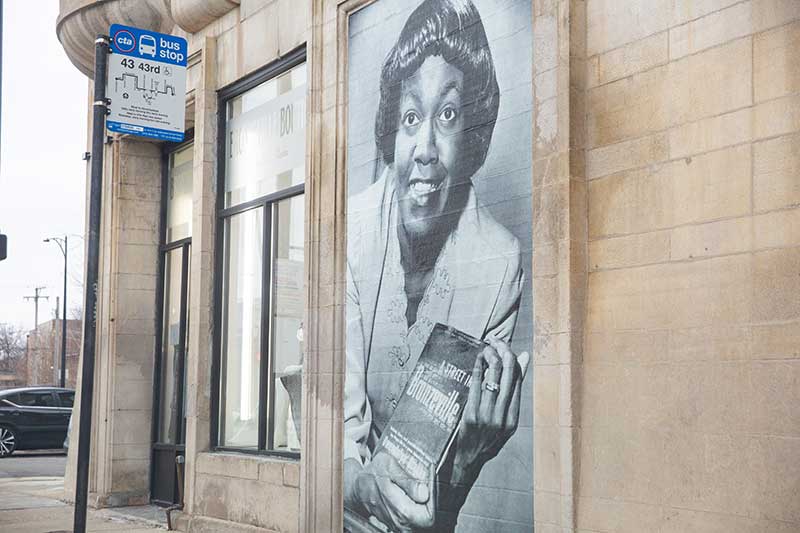 This mural of Gwendolyn Brooks is another piece created by Chris Devins and is part of his Bronzeville Legends Initiative. Gwendolyn Brooks, who was from Bronzeville, is one of the most highly regarded, widely read, and influential poets of the 20th century in America. In the mural, Brooks holds her first book of poetry, “A Street in Bronzeville,” which was published in 1945 and focuses on her experiences living in the neighborhood. She won a Pulitzer Prize in the 1950s, becoming the first African American woman to do so. 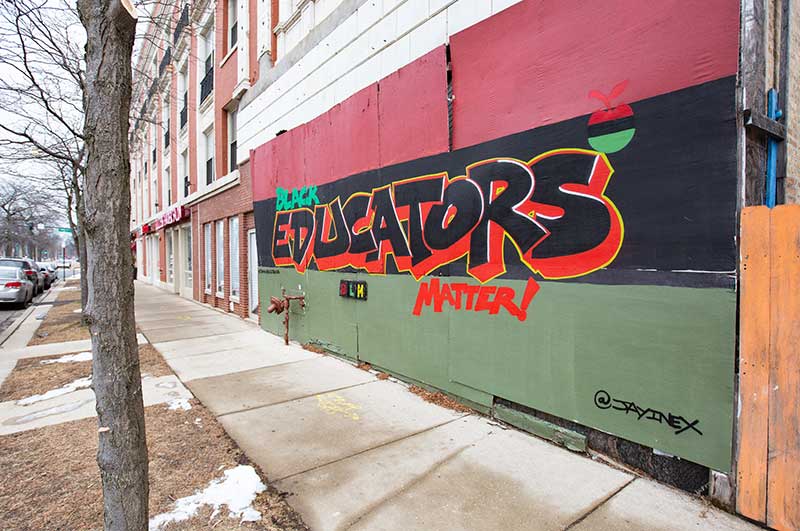 Founded by Brooke Brown and Danielle Moneyham, Black Educators Matter is a nonprofit organization designed to create an ecosystem for black educators globally through engagement, podcasting, and documenting stories of Black educators’ collective power. The mural was created by a member of Jayinex, a creative hub of Chicago artists and entrepreneurs. 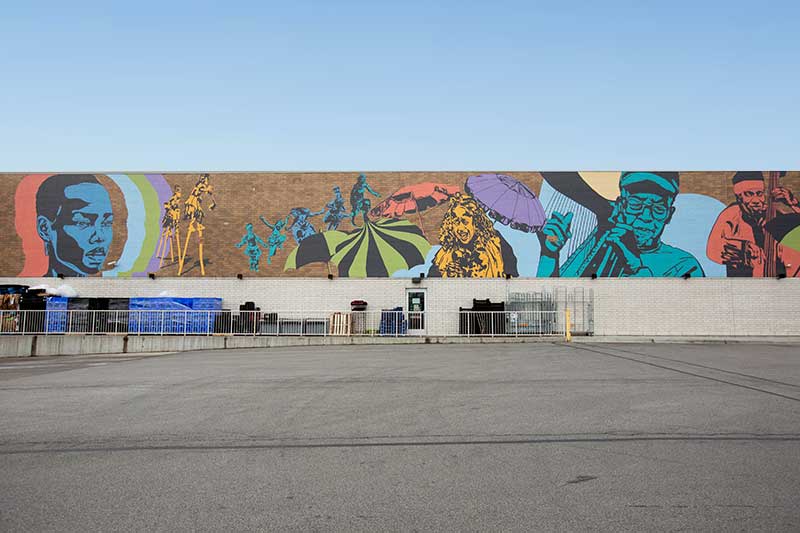 Created by Chicago-born muralist Dorian Sylvain in the winter of 2020, this mural is inspired by the trailblazing artists, performers, and musicians from Chicago’s South Side whom Dorian grew up with. The mural depicts many iconic figures from the Association for the Advancement of Creative Musicians (AACM), such as pianist Ann Ward, composer Phil Cochran, and jazz bassist Malachi Favors.

“Murals like this remind us of our historical heroes as well as future Black heroes, and they inspire us to keep creating, dreaming, and painting on life’s canvas,” Vivian said. “These murals are important to the community because it stimulates our community’s imaginations, even when there are moments where things seem bleak or unfair, and helps us pay greater attention to our history and future. Public art is vital in the neighborhood. Seeing public art brings the community’s beautiful and rich culture to life.”