John W. Rogers, Jr.’s roots are in the Greenwood District of Tulsa. Known as “Black Wall Street,” the prosperous neighborhood of Black-owned businesses and homes was destroyed a century ago when white rioters looted and burned the community.

Rogers’ great grandfather was J.B. Stradford, a lawyer and investor who owned Greenwood’s Stradford Hotel, the largest Black-owned hotel in the United States at the time. After his hotel and neighborhood were destroyed in the 1921 Tulsa Race Massacre, Stradford fled north, eventually settling in Chicago. One hundred years later, his great grandson is carrying on his legacy of advancing Black excellence and equity. 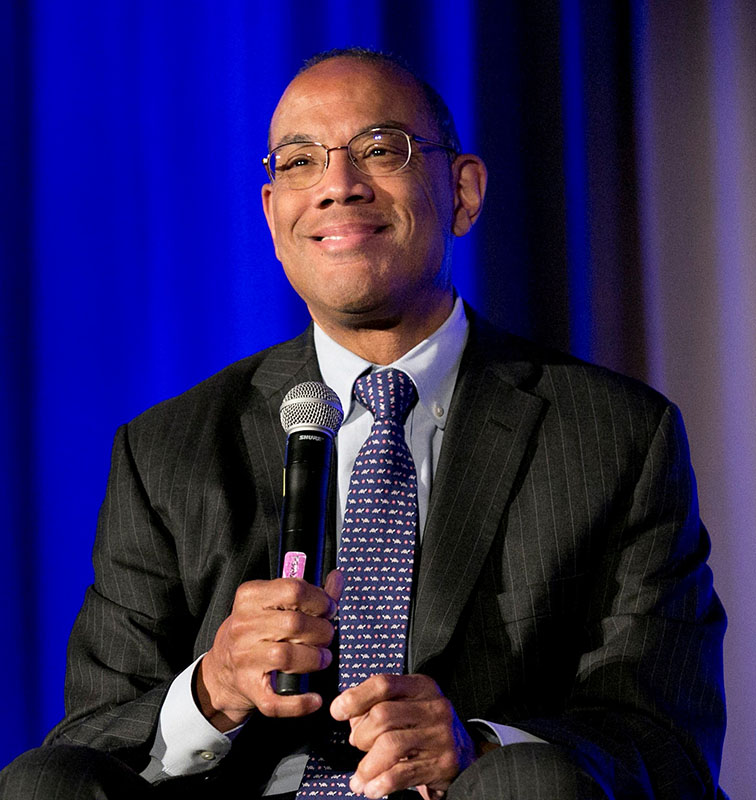 As a graduate of Princeton, where he was captain of the men’s basketball team and majored in economics, Rogers leaned on his competitive drive and spirit to launch Ariel Investments in 1983 after working for two-plus years as a stockbroker for William Blair & Company, LLC. Ariel Investments was the first African American-owned asset management firm in the country. Rogers was a pioneer in his industry, like his great grandfather in Tulsa and, later, his parents. His father was an original Tuskegee Airman, and his mother was the first African American woman to graduate from the University of Chicago Law School in 1946.

“I’ve been very fortunate to have some really dynamic leaders in my family and people willing to stand up and fight for justice,” Rogers said in a 2020 interview with Washington Post Live, where he talked about diversity in corporate America.

Rogers embodies the mindset of any great leader, striving for “precision and excellence” in everything that he does, both personally and professionally, while giving back to the community. He uses his success as a businessman to break down barriers for others and is committed to reducing the racial wealth gap. Rogers has testified before the Committee on House Financial Services of the U.S. House of Representatives—not once but twice, in 2019 and 2020, advocating for legislation that supports business diversity.

“Dr. King talked about how achieving true equality in this country would require economic repair and economic justice,” Rogers said during his 2020 testimony before the Committee on House Financial Services of the U.S. House of Representatives. “We have a long way to go to win the battle Dr. King described. Black businesses are important to the future growth of the American economy . . . Our nation cannot survive, let alone thrive, without strong communities of color. That’s why it’s so important that we . . . work to create wealth, jobs, hope, and opportunity.”

While continuing to lead Ariel Investments as chairman, co-CEO, and chief investment officer, Rogers also brings his expertise to the board of directors of McDonald’s, NIKE, The New York Times Company, and Ryan Specialty Group Holdings. He also serves as vice chair of the board of trustees of the University of Chicago and is a member of the American Academy of Arts and Sciences and a director of the Robert F. Kennedy Center for Justice and Human Rights. 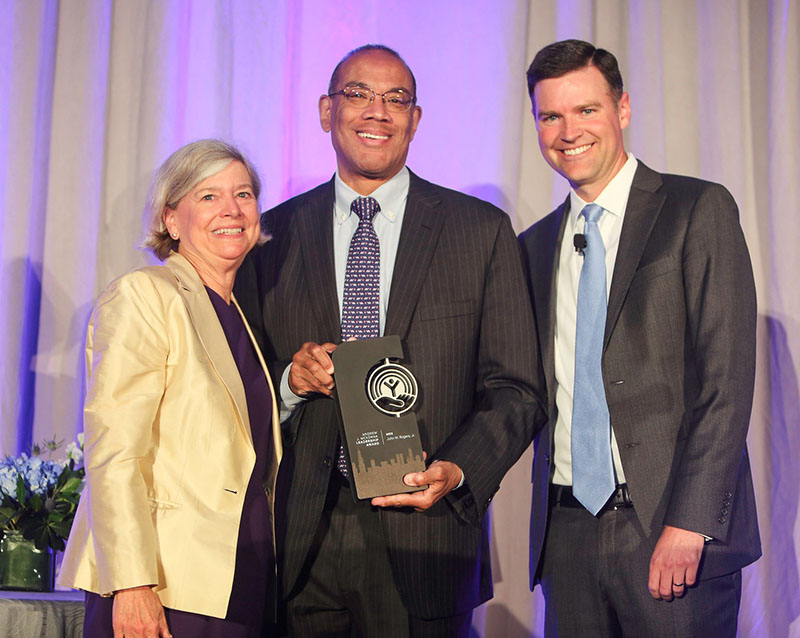 In 2008, Rogers was awarded Princeton University’s highest honor, the Woodrow Wilson Award, presented each year to the alumnus whose career embodies a commitment to national service. Following the election of President Barack Obama, Rogers served as co-chair for the Presidential Inaugural Committee 2009, and more recently, he joined the Barack Obama Foundation’s Board of Directors.

Rogers’ multi-faceted experience and leadership is why we were proud to recently present him with the 2022 Andrew J. McKenna Leadership Award at our Stronger Neighborhoods Awards Luncheon for his long-standing corporate and civic leadership and commitment to building a stronger, more equitable Chicago region.

“I’ve had the pleasure of knowing John Rogers for 40-plus years. I almost think of John as a member of our family,” said Andy McKenna, chairman emeritus of McDonald’s Corporation, in a pre-recorded introduction at our Stronger Neighborhoods Awards Luncheon on June 2, 2022. “John has done a remarkable job, particularly [his] work on leadership diversity around Chicago. It’s a real testament to John. This United Way award really depicts you and all your service to the community.”

Join impactful leaders like John W. Rogers, Jr. in building a stronger, more equitable Chicago region. Learn about upcoming opportunities for you to make a difference through United Way.