Chairing from the Heart: Linda Imonti’s Commitment to Community

KPMG Chicago Office Managing Principal Linda Imonti joined the United Way of Metro Chicago Board in 2020 in the midst of the COVID-19 pandemic. Why? Because she wanted to make a difference.

“When you look across organizations in Chicago, one of the things that’s really important is tackling the systemic issues that have really plagued our region and creating communities where children and families can grow, thrive, and expand,” Linda said. “It’s important to me to build a stronger, more equitable Chicago region. That became even more important when we went through the pandemic and we saw the impacts of COVID. That led me to getting more involved in United Way.” 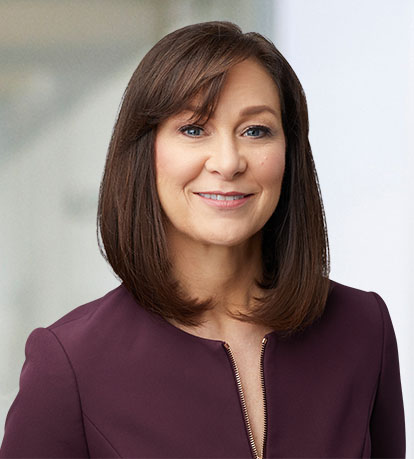 Linda was already a donor to United Way through KPMG’s employee giving campaign, so she was familiar with the United Way model of assembling resources and investing in neighborhoods from the ground up. After being named managing principal of KPMG’s Chicago office in April 2019, she made the decision to deepen her involvement and joined United Way’s Board of Directors and Campaign Cabinet as a vice chair.

During Linda’s term as a vice chair, she and the KPMG team expanded United Way’s network of supporters and opened up new opportunities. Because of their great success, Linda was quickly recruited to chair the 2021/2022 campaign. “When someone comes to you with this kind of opportunity, especially during the time period we were going through, I said yes,” she said.

The role of campaign chair afforded Linda the opportunity to elevate KPMG’s impact and commitment to addressing systemic issues in the community — especially access to quality education and literacy.

“We envision a world and an environment with equitable access to transformative educational opportunities,” Linda said. “At the grassroots level, I believe education is a big part of what is going to change outcomes.”

Through Linda’s leadership, the KPMG Family for Literacy (KFFL) Chicago chapter donated its one millionth book to Chicago’s young readers at Woodson Regional Library in Auburn Gresham. KPMG Chicago has also collaborated with the Auburn Gresham Neighborhood Network to support its commitment to equitable education and early literacy programs for children in preschool through third grade.

Last year, Linda announced a total commitment of $900,000 to the Auburn Gresham community over nine years. “With everything our city has faced due to COVID-19 and ongoing racial inequities, it’s more critical than ever that we continue to invest back into our neighborhoods,” she said. “We continue to stand by United Way’s belief that a zip code should not dictate a person’s destiny.”

Linda’s decision to lead the 2021/2022 campaign came during an especially unpredictable time. “I think it’s so important to recognize the fact that it’s a lot of people’s passions that got us here this year because it wasn’t an easy year,” she said. “Everybody pivoted and made changes.”

“Linda has been wonderfully flexible and a real champion, encouraging the leaders in the Cabinet to keep raising money and be excited about their campaigns,” said Anna Edwards, vice president of corporate engagement for United Way of Metro Chicago. “Her enthusiasm for our work at United Way is contagious. She has a way of bringing people together for the good of our community.” 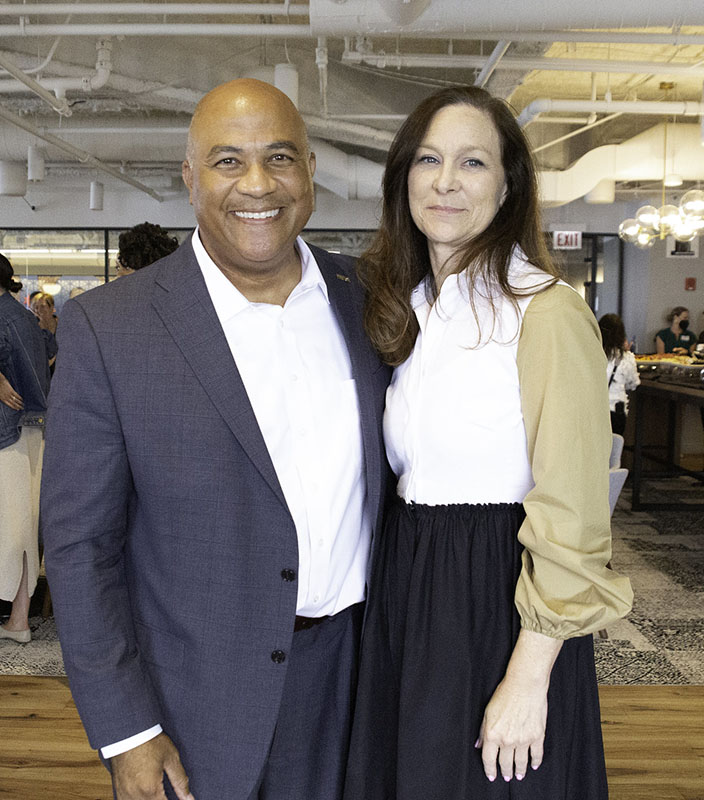 Linda attributes her success as campaign chair to the team around her. “I would consider myself very fortunate that they believed in me to do the role and that there was such a strong team of people around me that had the same passions,” she said.

“I found it to be a memorable year and a memorable experience,” she continued. “And the fact that I could in some way impact achieving — and surpassing — our goals and now see that as a board member. It’s an amazing experience. You sit back and think, wow, the team did that.”

The 2021/2022 campaign year came to a close last month during the Campaign Heroes Celebration, hosted by KPMG’s Ignition Center in Chicago, where Linda announced that $42.5 million was raised during the campaign season.

As Linda continues to serve on the United Way Board of Directors, we are grateful for her many talents — and heart — as she helps guide our work to build stronger, more equitable neighborhoods where all people can thrive.

A Fond Farewell to Our Campaign Cabinet Chair

A Fond Farewell to Our Campaign Cabinet Chair