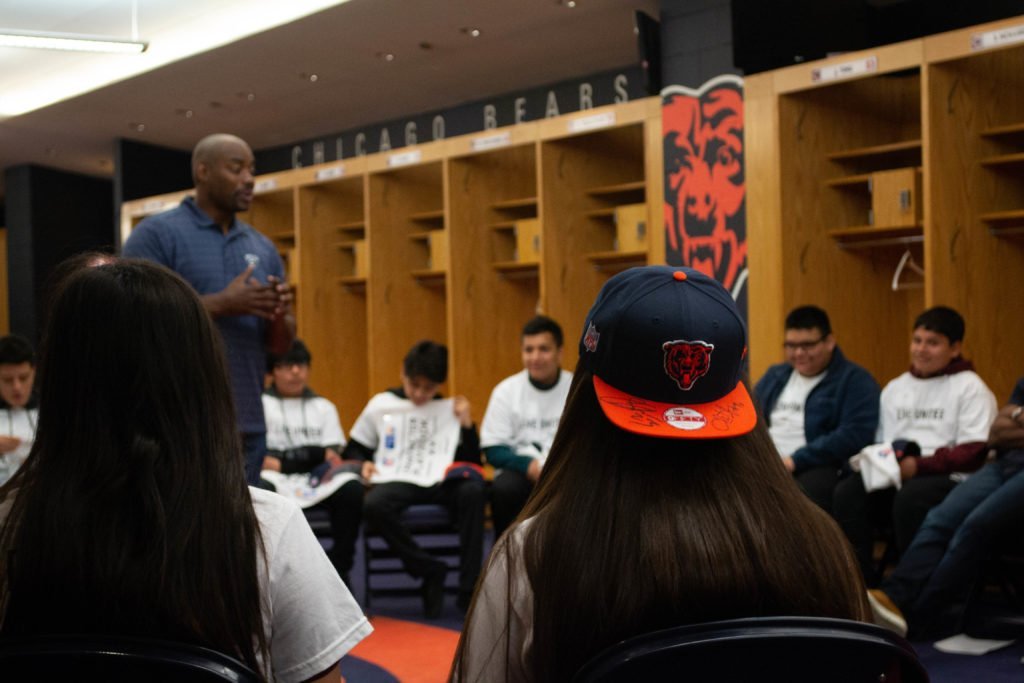 Middle school is hard. It’s a time when young people are trying to figure out their friendships, their emotions and who they want to be. For some students at Spry Community School in Little Village, the challenges outside of school are even greater. With so much on their plates, things like character development and building healthy relationships are often far from their minds.

Both soft-spoken and shy on the surface, these boys are quick to stand up for others. Described by their teacher as “upstanders,” Alex and Henry are in tune with how their classmates are feeling. “Alex is good at bridge building and helping students handle conflicts,” said Ms. Nelson, explaining that he is often the first to step in and diffuse a tense situation. “Henry is good at noticing who is being left out or alone and including them,” she added.

While these traits are likely due to a natural intuition, these young men had some help putting the language to their feelings and those of their peers.

Spry is one of 51 schools across the Chicago region using the Character Playbook curriculum, a program designed to help cultivate and maintain healthy relationships during students’ most critical school years. And both the teachers and students have seen the difference.

“The program helped me understand best my feelings, or emotions or how I react to certain things,” said Alex, “One thing I learned is how like, body science – how you can tell when someone’s upset or how they’re feeling, so I try to help them out by talking to them.”

Using a graphic novel format, the Character Playbook online course walks students through a series of interactive exercises that help them to better understand their own values and how they can relate to others. These online modules are paired with offline curriculum that helps the students put what they’ve learned into practice. For the 8th graders of Spry, it culminated in a visit to Soldier Field and an opportunity to meet the Chicago Bears.

“The program helped me understand best my feelings, or emotions or how I react to certain things."