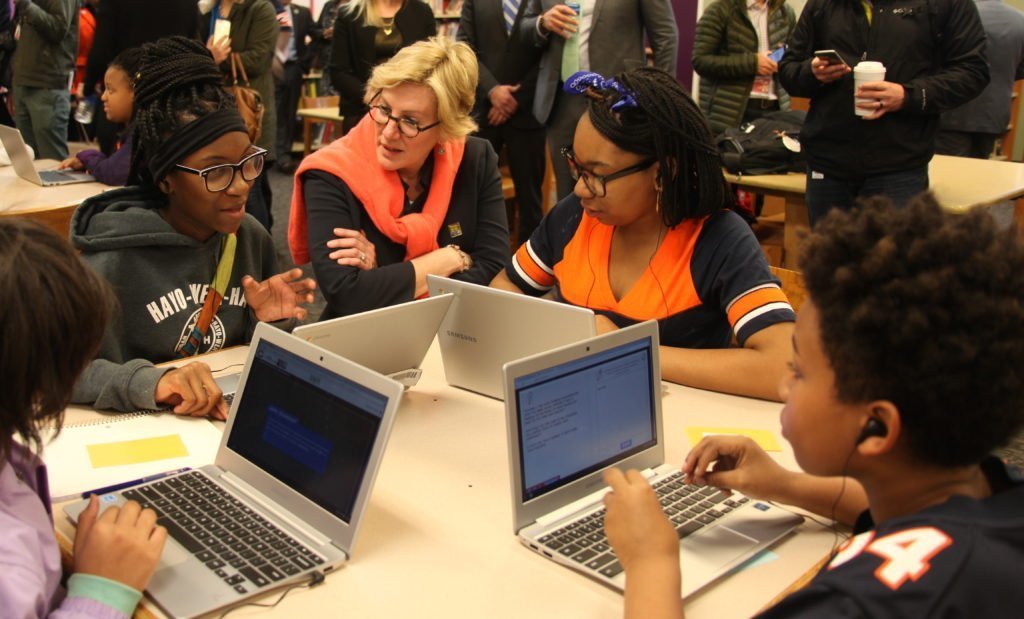 Starting immediately, the interactive digital program will be implemented in schools in 14 NFL team markets, including Chicago. Over the next three years, it’ll expand to all 32 cities and their surrounding communities.

Alongside more than 600 students, NFL Commissioner Roger Goodell teamed up with United Way President and CEO Brian Gallagher to announce its launch, the

Locally, we will partner with the Chicago Bears and 20 schools to bring the program to classrooms across the city and suburbs. Using evidence-based strategies, Character Playbook will educate students on how to cultivate and maintain healthy relationships during their critical middle school years.

Designed for learners in seventh through ninth grades, the digital experience enables students to engage with true-to-life scenarios, including bystander intervention strategies and positive relationship examples.

On Friday, the initiative will also be highlighted during the second night of the NFL Draft, when students from the Barton Academy in Auburn Gresham will appear on stage. They will be joined by Israel Idonije, a 2010 finalist of the Walter Payton NFL Man of the Year Award, which  recognizes NFL players for their excellence on and off the field.

Learn more about the Character Playbook program and the impact it’s having on young people across our region.