Peacekeeping on the Streets of Austin 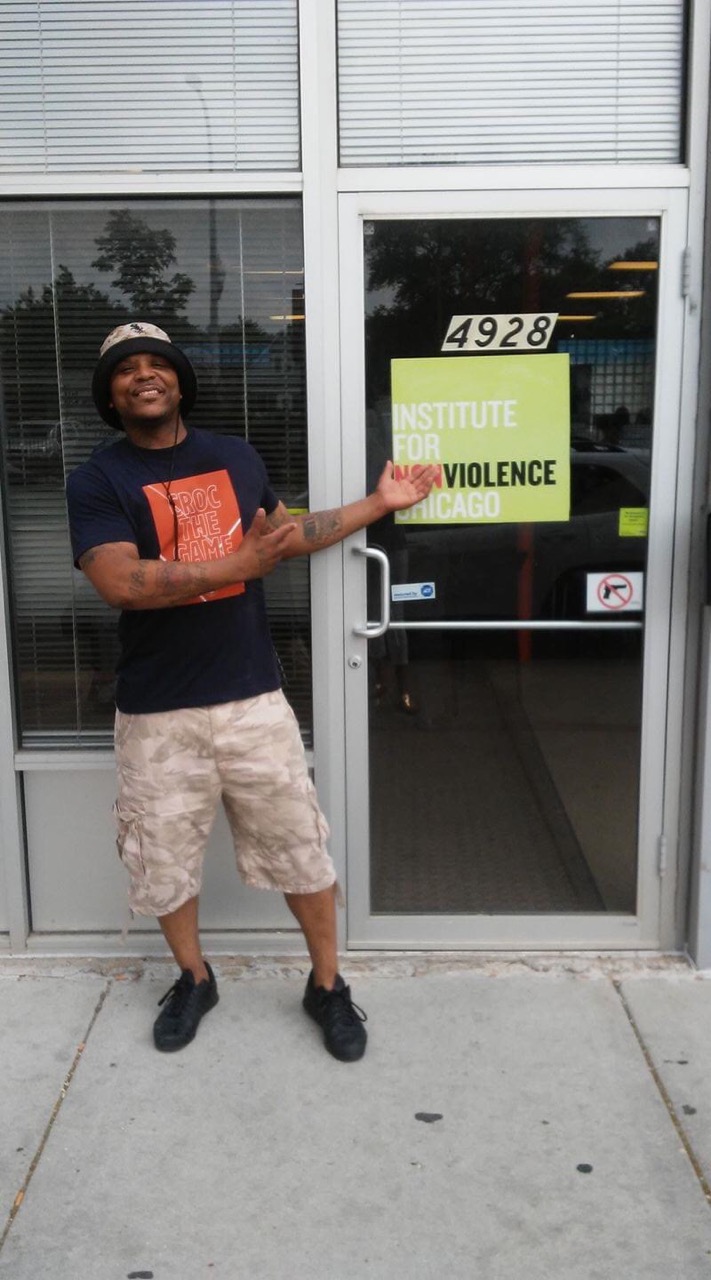 David “Mecca” Penn is leading the fight against gun violence as a peacekeeper in Austin.

David grew up in the Austin neighborhood, and today, he is leading a fight against gun violence. As lead peacekeeper in the Flatlining Violence Inspires Peace (FLIP) program, David monitors the blocks of Austin to promote safety and peace among residents. His job gets busier in the summer months as violence begins to spike.

“This has been the most meaningful thing I’ve ever been a part of in life,” David shared. “To go from being one of the guys who tears down the neighborhood to being one who’s in charge of building it back together.”

FLIP was formed by a coalition called Communities Partnering 4 Peace (CP4P). The initiative is a “hotspot” program that trains outreach workers to de-escalate conflict that takes place on the streets and online in vulnerable communities on the south and west sides. Metropolitan Family Services, a United Way of Metro Chicago community partner, operates CP4P as one of many efforts to encourage nonviolence across the city.

Though the coronavirus pandemic has kept many indoors, gun violence persists. Bo Deal, a field manager for CP4P, explained how COVID-19 seems to come second for young people growing up around gun violence.

“[The kids] say things like, ‘Man, I’m not worried about a disease or virus that can kill me three weeks later,’” Bo described. “‘I’m worried about someone riding up and killing me right now.’”

One essential element of gun violence prevention is engaging young people through their interests and providing them with tools to end cycles of violence. United Way of Metro Chicago supports groups like CP4P and FLIP because they get to the root causes of violence, solving systemic issues in collaboration with residents.

Bo recently helped create a campaign for CP4P to encourage young rappers to speak out against gun violence.

“When I’m out there [on the streets], I speak to them in a language they can understand and respect,” said Bo. “We see that they may have been confused or misled, the same way that I was, so I’m not talking down at them because I was a victim of that.”

In predominantly Black neighborhoods like Austin, the presence of an outreach worker can minimize police intervention. David has seen it for himself.

“If the police have a problem with one of the shorties, the police come to me first and ask me to talk to them,” he explained. “It gives us the opportunity to police ourselves.”

During the weekend of May 29th, a large group of people tried to loot businesses on the corner of Central & Lake in Austin. David and a few other workers were out all night, helping to protect the businesses by using their de-escalation tactics.

It was a community effort between peacekeepers, residents and business owners to protect the block, strengthening the trust and pride among neighbors.

CP4P and FLIP’s influence ripples throughout Austin, and it’s especially because they reach the future generation.

“The things that I’m learning from my training are trickling down to other people in the area,” David remarked. He recalled an altercation between two people and he heard a younger bystander say, ‘We don’t do that over here. This corner is a peaceful corner.’ “That almost brought a tear to my eye. He was saying the same things that he heard me say, time after time.”

David imagines a violence-free summer in Austin that looks like his two sons playing basketball at all hours of the day. And for himself, it’s simply wearing sandals instead of sneakers so he wouldn’t have to worry about running to or from danger.

When you give to United Way of Metro Chicago, you invest in collaborative efforts to build safer, stronger neighborhoods. Donate today!

This blog post was written by Courtney Morrison, a United Way of Metro Chicago AmeriCorps member