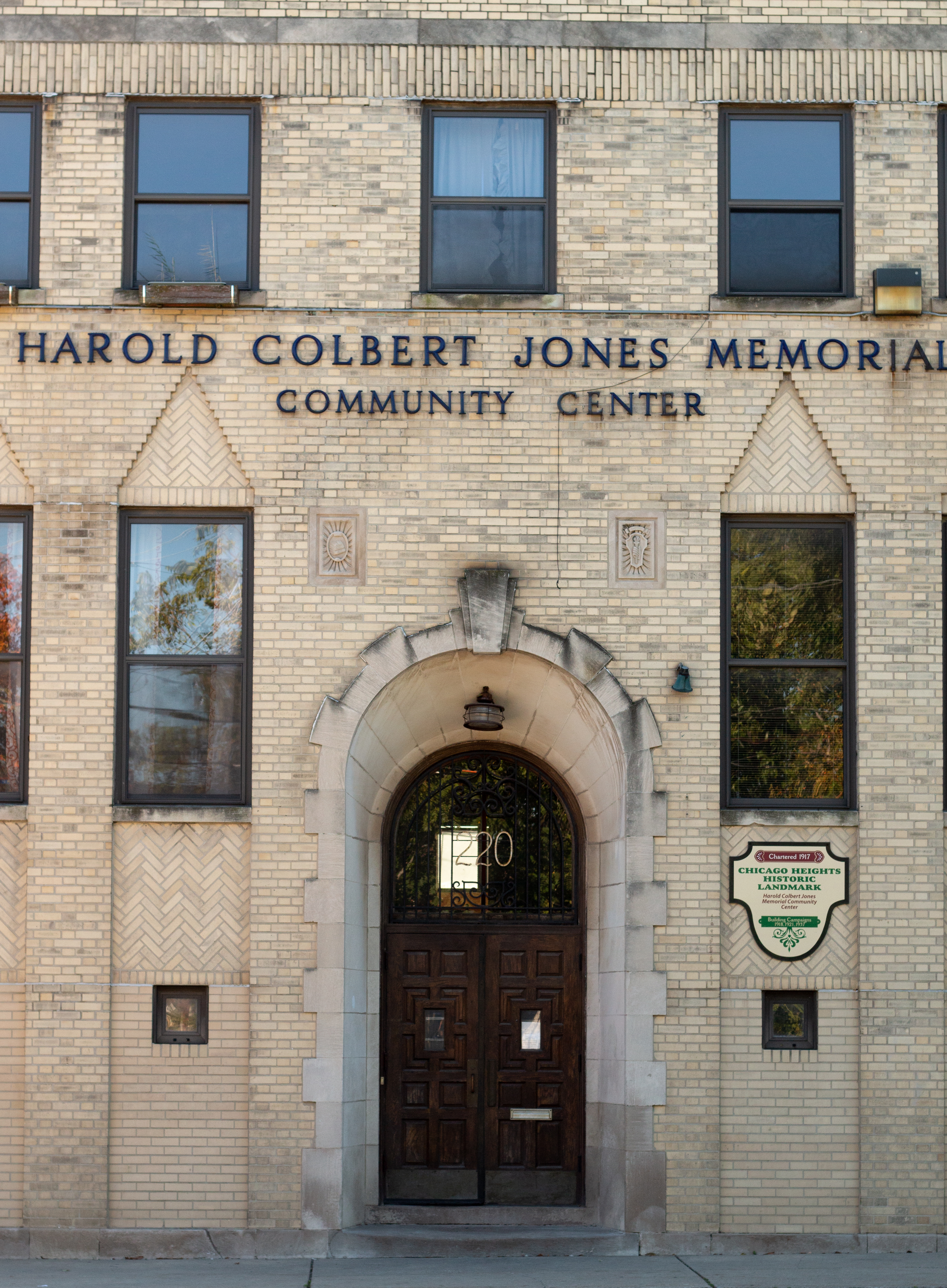 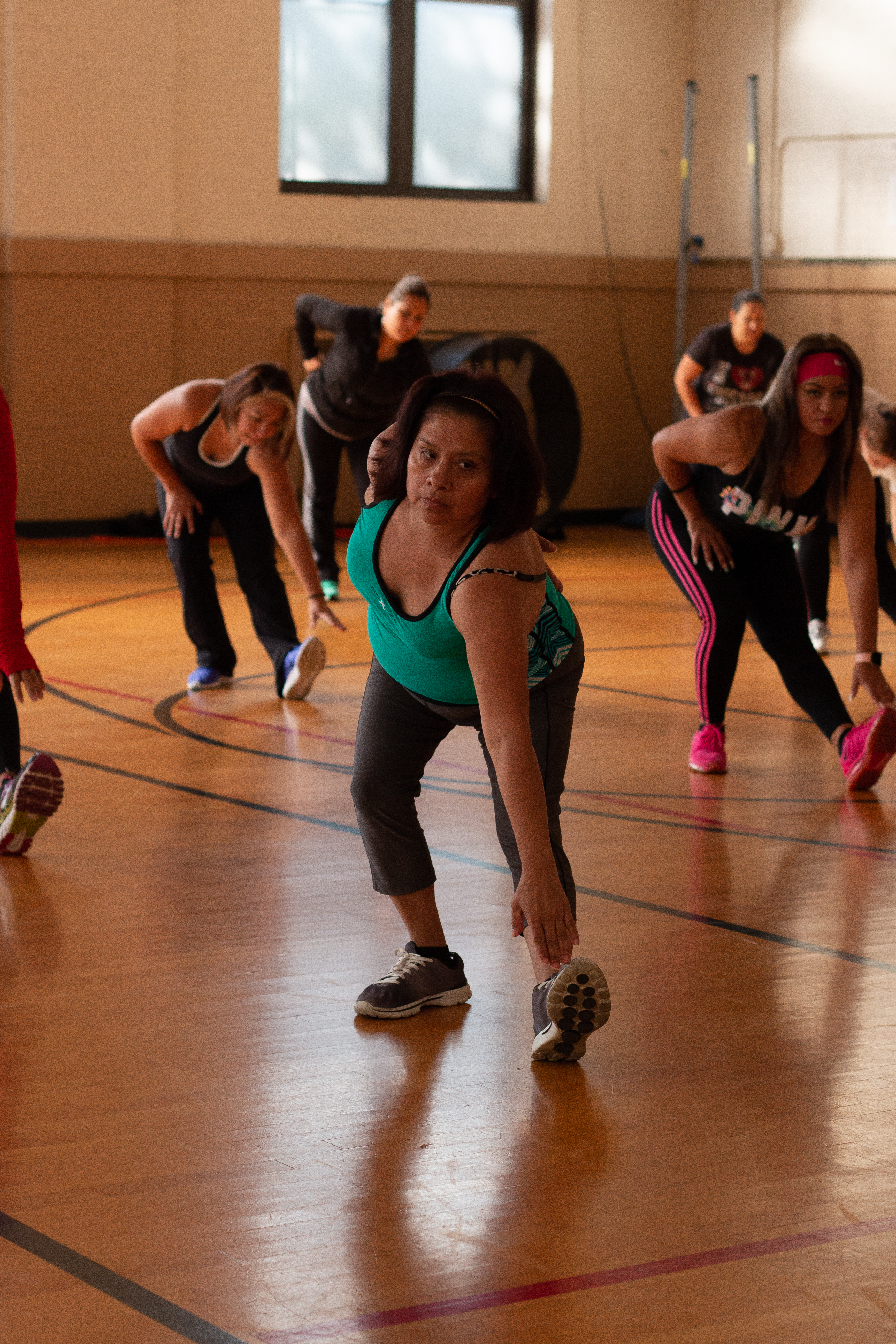 Following their instructor’s lead, the women danced the Salsa, Mambo and Cha-Cha, mixed with Zumba and other hip-hop moves, as drum beats pulsed through the speaker system.

For more than 100 years, the Harold Colbert Jones Memorial Community Center, a United Way of Metro Chicago community partner, has opened its doors as a one-stop-shop for community resources and programs. With our support, they’re building a stronger neighborhood and responding to residents’ varying needs.

In past years, families in the area began asking for programs to help them get healthy. Nearly 30 percent of Chicago residents are obese and children in Chicago have higher overweight and obesity prevalence rates than children across the U.S. in the same age groups.

In response, the Center began offering the free dance classes three days a week. It’s been spicing up the lives of residents ever since.

“We’ve been bringing a lot of friends and passing along the information. If they want, they can be healthy and it’s free,” Cecilia Sotelo, who drives 30 minutes from her home in Harvey to participate in the class. “Money doesn’t have to stop you from being healthy.”

The class has already made a lasting difference for Maria Lopez*, a local mom who brings her kids to the Jones Center’s youth programs.

A few months ago, she was told by her doctor that she was at risk of acquiring Type II Diabetes. She knew she had to make a change, so she signed up for the dance class.

Maria enjoyed the workouts and the camaraderie of the other women. Since it didn’t feel like exercise, Maria hardly missed a class.

After a few weeks, she wanted to switch up her diet, too. She admitted she didn’t eat many fresh fruits, vegetables and lean proteins, healthy options that are often unaffordable and unavailable in low-income communities. So she supplemented her new workouts with nutrition classes offered at the Center. There, she learned the basics of clean eating and substituting snack foods and soda with fruits and vegetables.

After eight months of participating in the Latin dance and nutrition classes, Maria lost 36 pounds and reported that her energy level was much higher. At her next doctor’s visit, her fasting blood sugar finally fell in the normal range!

Maria isn’t the only one who enjoys the class. It’s become a bit of a family affair for women in the neighborhood and beyond.

Dancers are encouraged to bring their infants and toddlers along, bringing more excitement to the gym and making the class more accessible to moms. It also promotes exercise to the kids at an early age.

By watching their mothers routinely prioritize and engage in fun, energetic exercise, the Center hopes the children will adapt their own positive exercise habits.

“We have mothers and daughters who are coming together to exercise,” said Juana Morales, the Center’s assistant director. ”They bring their kids and the little ones are seeing their parents doing exercise and it encourages them to follow their steps.”

Our Neighbors on the Front Lines

Our Neighbors on the Front Lines