Tackling Hunger During the COVID-19 Crisis 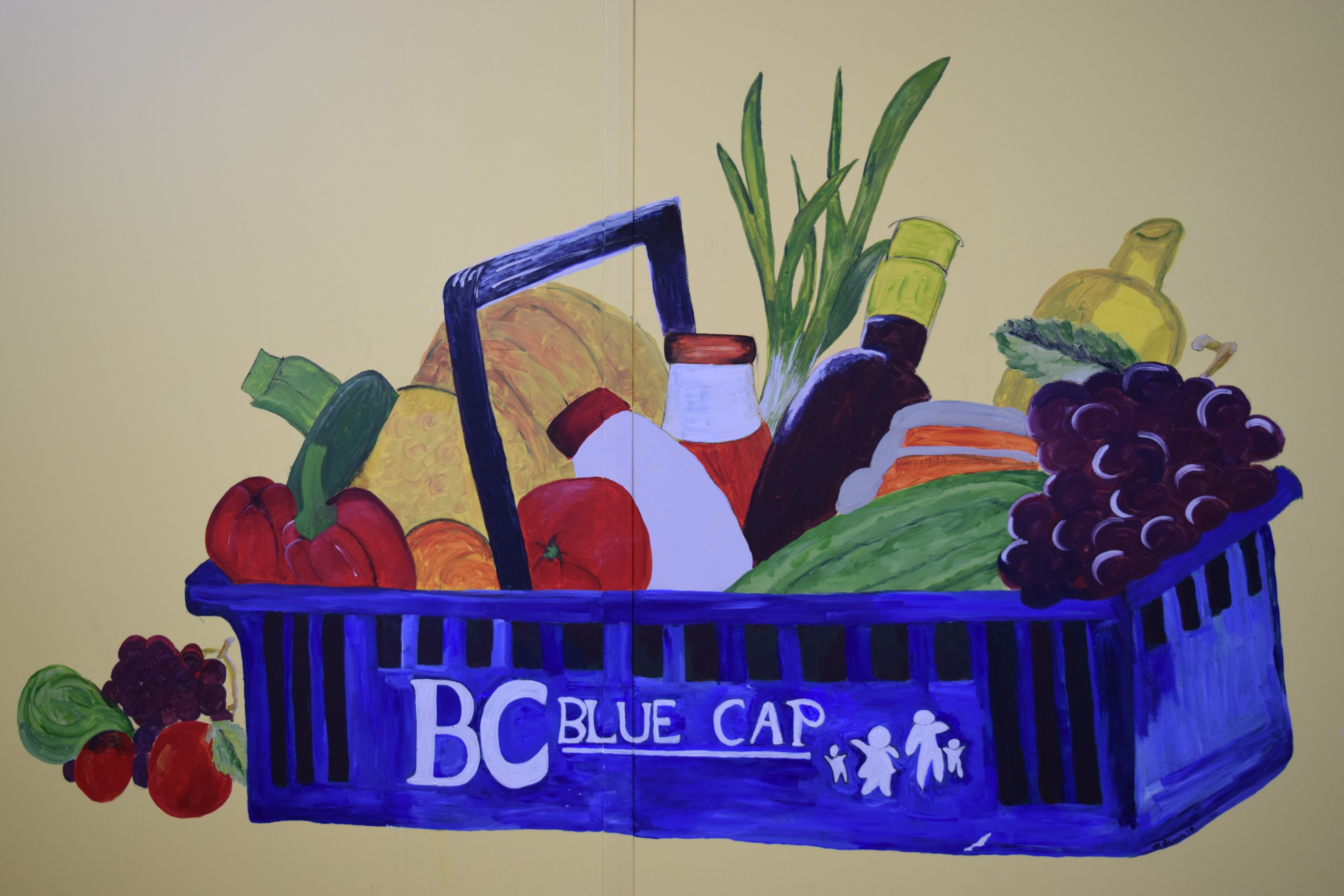 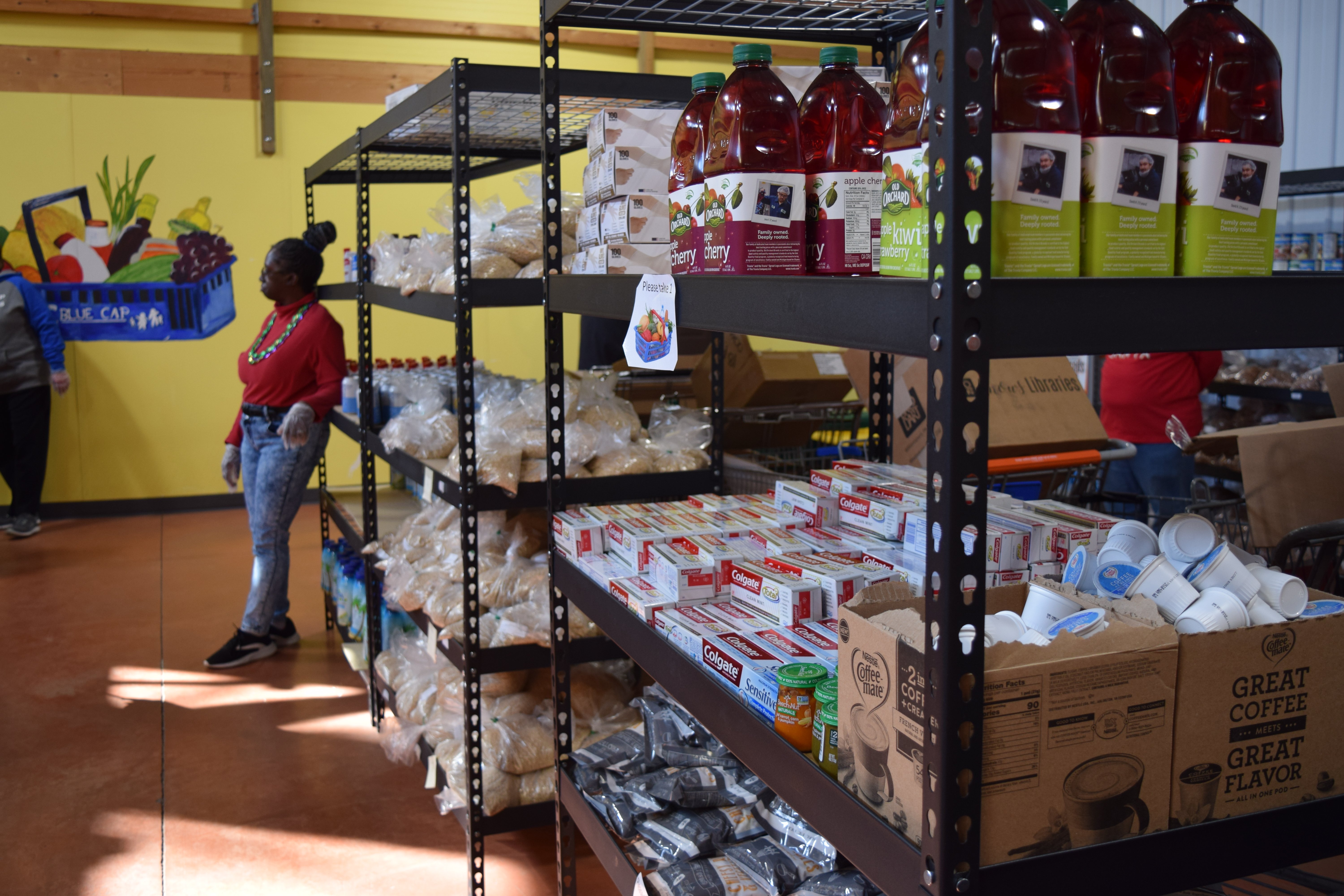 Florida Mosely was sitting at home last Tuesday when her phone rang. Her daughter was calling to tell her cars were lining up around the block of Blue Cap Pantry. She quickly grabbed her keys and drove over.

A trip to the pantry is a lifeline for Ms. Florida, a senior resident of Blue Island. Each month, she receives just $16 in food stamp benefits. She also lives in an area that lacks stores with fresh, healthy options.

“It’s a blessing to me,” Ms. Florida said of Blue Cap Pantry.

Food pantries and food banks are even more important as residents across the region grapple with the coronavirus crisis. Workers’ hours are being cut and they’re losing their jobs, compounding households’ existing financial struggles. The crisis is also deepening long-standing racial and economic inequities, particularly when it comes to access to food and health care.

These partners recognize that everyone is affected by the coronavirus crisis, however black and brown communities are disproportionately impacted. The health disparities faced by Black communities and the uncertainty felt by mixed-status Latinx communities have been exacerbated by this crisis. Through our grant-making process, we’re prioritizing nonprofits and community organizations that serve the most vulnerable populations, ensuring an equitable process for all applicants.

Blue Cap, which runs Blue Cap Pantry, in Blue Island is one of the Response Fund’s 140+ grantees. With support from the Fund, the pantry’s staff and volunteers are packing and distributing bags of food to individuals and families from the Blue Island-Robbins area.

This service is especially vital in this south-suburban region, which is often called a “food desert,” as demand for food is higher than ever. On a typical Tuesday, Blue Cap Pantry typically feeds 50 to 75 people. On March 24, just a few days into the state’s shut down of non-essential businesses, more than 300 people sought food.

When Blue Cap Pantry opened again on April 7, they were prepared for the influx. Workers packed bags of meat, dry goods and produce and delivered them to patrons’ cars.

Howard Brown, a long-time activist and evangelist from Robbins, picked up groceries that day. A frequent shopper at the pantry, Howard said he doesn’t just go to the pantry for food, he goes “to receive hope.”

While he was immensely grateful to the Blue Cap workers for going “above and beyond the call of duty,” he pointed out the risk the workers face as front-line workers. He appreciated them for their service.

“They do work from their heart,” Howard said. “They’re going outside of themselves to meet people’s needs. That is a selfless act to accommodate your community in a time of need.”

“And I didn’t see a frown on their faces,” he continued. “Not at all.”

You can help organizations on the front lines of this crisis, like Blue Cap Pantry, keep their doors open and programs operating. Support the Chicago Community COVID-19 Response Fund today!