Tax Assistance Gives Workers Ladder Up to a Brighter Future 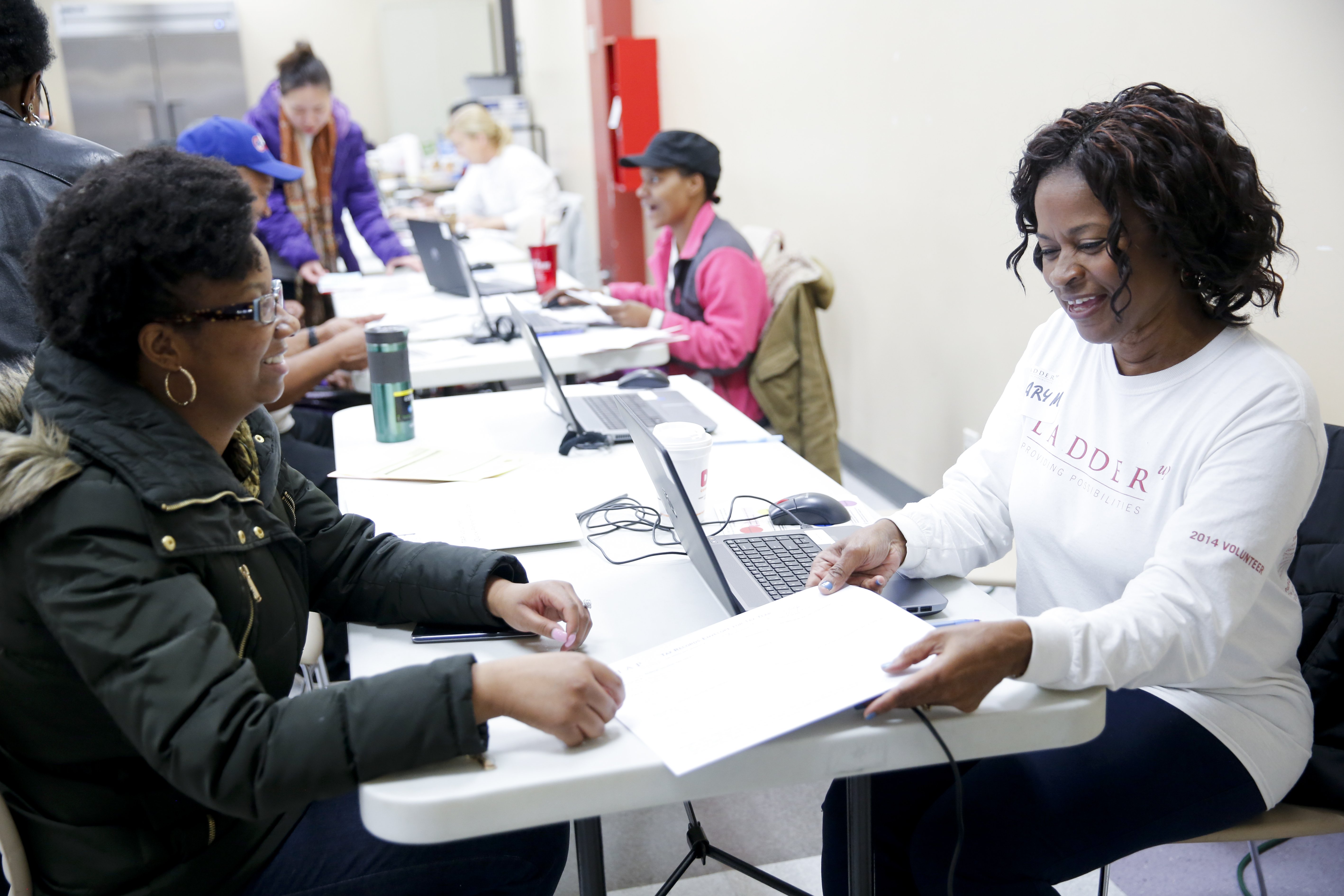 While we all hope that the worst of the winter weather will soon dissipate, another, often more dreaded, season of the year is upon us — tax season.

For most people, the process of filing taxes is unanimously unenjoyable. But for others, it’s unaffordable or unnecessarily difficult.

Many low-income households struggle to receive the maximum refund on their taxes and are often expected to pay exorbitant fees to a commercial accountant.

To help ease the process and save industrious individuals their hard-earned money, our partners at Ladder Up and the Center for Economic Progress offer free tax assistance at 28 locations across the city from early February through April 15.

“[Our volunteer tax preparers] are helping people secure the money they need to meet their basic needs and save for the future,” said Christine Cheng, executive director of Ladder Up. “Even for those who don’t get refunds, we don’t want you to even pay someone to do the returns that you may owe money on. That’s money you should keep in your pocket.”

Since Ladder Up’s first year of tax prep in 1994, its service has grown exponentially, expanding across the metro region and to Springfield.

“We don’t want to offer just tax prep because there’s a big opportunity at tax time when people are receiving large sums of money,” Christine said. “We also want to introduce the idea that if you want to do something else, like put that away if you’re able to, we can help facilitate that.”

For Charlesa Williams of Englewood, accessing free tax assistance allowed her to use the money she would’ve spent on an accountant to pay for household bills and put some money aside for a family vacation.

Charlesa, a mother of one and non-profit employee, received word of the program from a flyer at her local Women, Infants & Children (WIC) center. Since, she’s visited Ladder Up’s tax sites for the last four years.

“I love the program,” Charlesa said. “[The volunteers] take the time to answer your questions and want you to understand everything. They take it step-by-step.”

The next day, she planned to rise early to be one of the first clients of the year served at Ladder Up’s Kennedy-King College site in her neighborhood.