Under the warm glow of the spotlight, Joyce Chapman’s eyes shimmered. She took a deep breath, gripping a tissue in her palm. “She would want me to do this,” Chapman said.

Earlier this month, we filmed interviews with representatives from several of our agency and corporate partners highlighting the work of United Way of Metro Chicago and how these partnerships are helping build a stronger, more equitable Chicago region. Chapman entered the studio for her interview having received heartbreaking news just hours before. A dear friend—and fellow community activist—had been killed in a hit-and-run car accident the night before. “We’ve worked so hard. I want to do this,” Chapman told us.

She exuded vulnerability and courage, qualities of leaders like Chapman paving the way for their communities to thrive. Many of these changemakers are women.

For nearly a decade, United Way has been a leading supporter of community-driven transformation through our Neighborhood Network Initiative. Our place-based investment model works alongside community quarterback agencies that bring together a coalition of organizations, local leaders, and resources to develop infrastructure related to affordable housing, cradle-to-career education, family wrap-around services, economic development, business ownership, and arts and culture.

To put it simply, the Neighborhood Network Initiative is a partnership that helps develop equitable neighborhoods with all the resources of a thriving community: comfortable homes, quality schools, grocery stores, hospitals, museums, restaurants, and small businesses.

This Women’s History Month, meet some of the women leaders we’re honored to partner with in our Neighborhood Networks as they drive lasting, positive change in their communities. 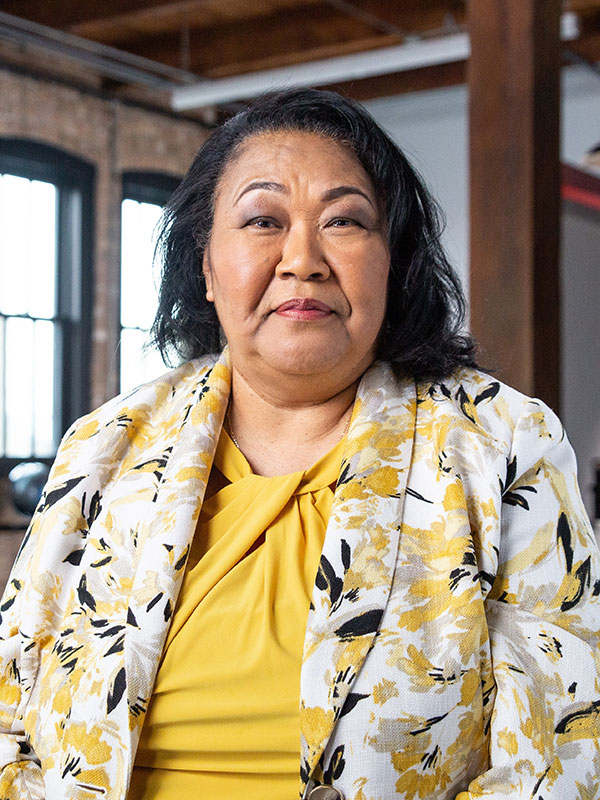 Born in Japan to a Japanese mother and an African American father, Joyce Chapman moved to the Pullman neighborhood of Chicago when she was a pre-teen—and has lived there ever since. After three decades galvanizing resources as a community activist, Chapman lives each day “to engage, involve, and empower people.”

“Over the years, our communities have struggled to maintain adequate resources for our neighborhoods,” Chapman said. “So what is our role [as women]? Our central focus is to provide a platform for women of all walks of life to advocate collectively for improvement in the areas of housing, health, public safety, and education.”

“As our nation celebrated the enormity of the important milestone of 100 years of the right to vote [in 2020], we will continue to bring together women from all corners of our city and state to continue to make footprints through actions related to and for the humanity of all people.” 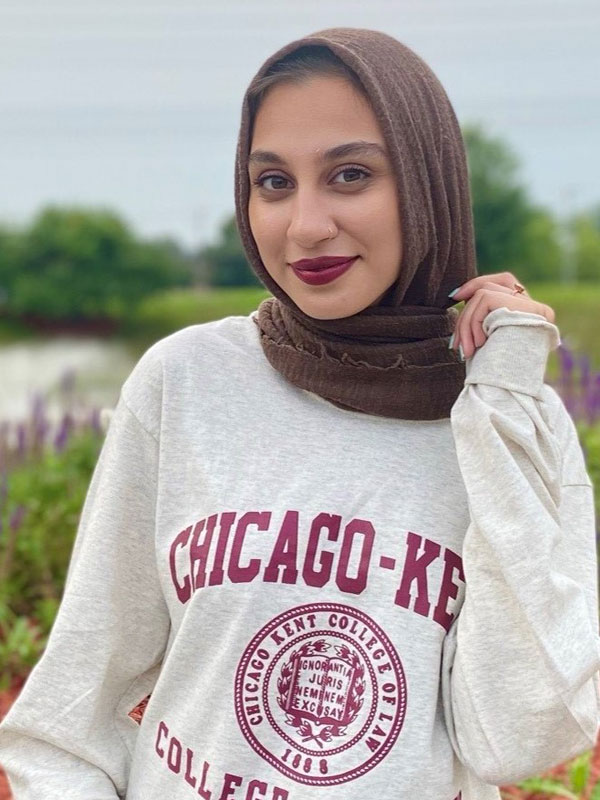 With a degree in public health and now a full-time law student, Haya Muhammad is passionate about “working to build equity and create a level playing field.”

“There are so many differences between quality of life, depending where you live in Chicago,” Muhammad said. “The Greater Auburn-Gresham Development Corporation is dedicated to community development, battling years of disinvestment, taking the community back into our own hands—and getting it done ourselves. I always wanted to work in community health and be on the ground making that happen.”

Alongside Muhammad are “many strong women who know what our community needs, women who are committed to making these communities better for their children and everyone they love. They are making sure their kids and the lives of everyone around them are ultimately better and can see a better future.” 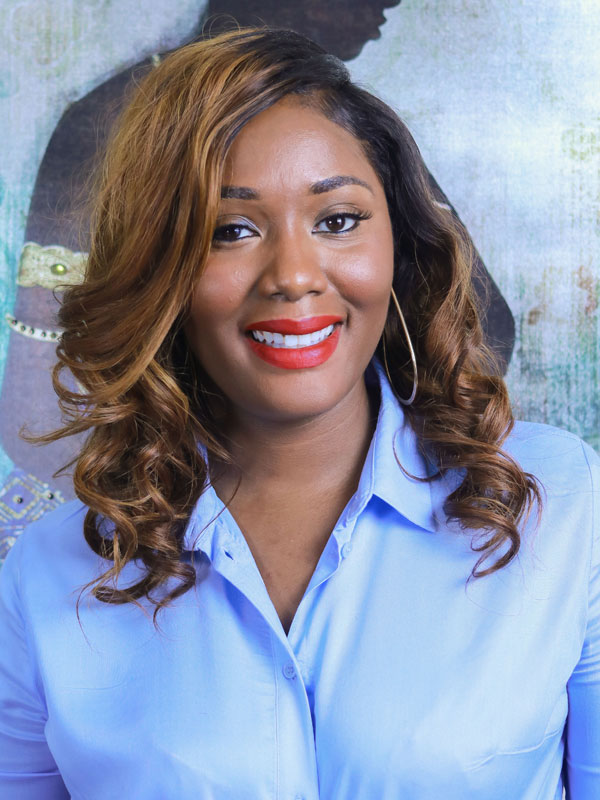 As a former technology professional in Chicago Public Schools, Viv Harper’s experience in the classroom showed her “a great need for more holistic approaches to supporting children and their families.”

“I came to Bright Star Community Outreach because I wanted to make a bigger, more direct difference in my community, Greater Bronzeville,” Harper said. “I’ve helped residents gain a better grasp of how to improve their financial knowledge and awareness so that wealth stays in communities and the local economy grows stronger and more equitable.”

“As part of my work with the Greater Bronzeville Neighborhood Network, I educate economically disadvantaged women on entrepreneurial and financial skills, connect them to jobs that can sustain their household, and will soon provide micro-grants to help start or strengthen their businesses.”

“One of the most effective measures to address and overcome structural barriers for women is to increase the number of women in leadership and ownership positions. This offers the necessary assistance and role models that women so greatly need to progress in their careers and households. I make it a point to link women to programs, services, and networks because I believe it will result in much-needed community improvements for both women and men alike.” 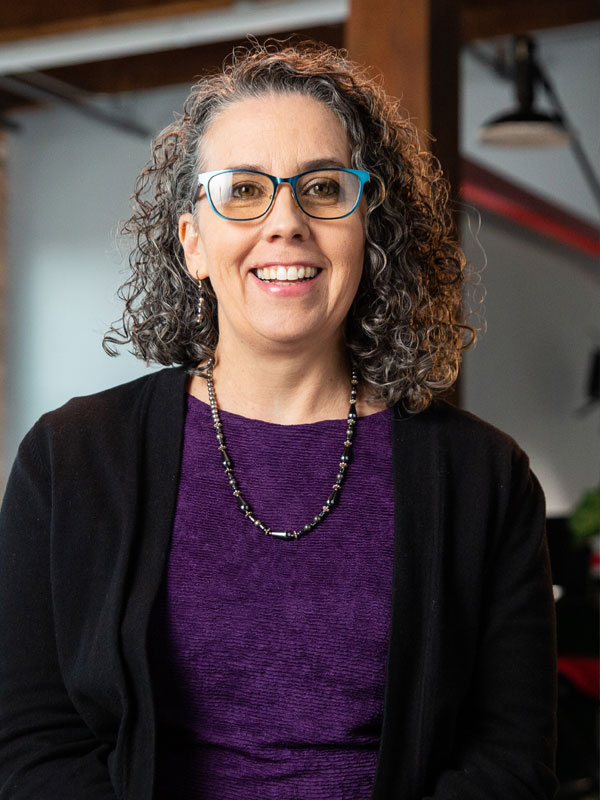 Sara Reschly has lived in Brighton Park for over a decade. After her young son started attending Shields Elementary School across the street from her home, she felt “drawn to create safer spaces in the neighborhood for our children.”

With Reschly’s support, the Brighton Park Neighborhood Council does just that, providing after-school programming, counseling services, and summer job training opportunities for students. And then there’s Kelly Park. As Brighton Park’s only public park, Kelly Park used to be a run down, desolate space—until Reschly and a group of mostly women took charge.

“The moms went to meeting after meeting, putting pressure on the park district and our elected officials to renovate Kelly Park, which was finally renovated in 2015,” Reschly said. “Today, if you drive by there on any given evening, the park is full of youth playing sports and families enjoying the space. And we have it thanks to the awesome women leaders of Brighton Park.”

As Women’s History Month comes to a close, the activism of Chapman, Muhammad, Harper, and Reschly continue. Learn more about all of our Neighborhood Networks and how they’re building stronger, more equitable communities for all families.