Year of the Tiger: A Celebration of Hope and Resilience

Earlier this month, Chicago’s Uptown neighborhood rang in the Lunar New Year—as it has for over 40 years—with its annual celebration and parade. Hundreds gathered along West Argyle Street to celebrate the new lunar year—the year of the tiger—on a chilly, blue-skied day.

“To us, it’s the rebirth of a big new year and combining celebrations all in one,” said Ngan Lee, senior youth program coordinator at CMAA. “It brings prosperity and good health.”

At its simplest, the Lunar New Year could be considered the “Super Bowl” of the Asian American and Pacific Islander (AAPI) communities. But for many folks in the AAPI community who reside in Chicago, this year was markedly different. As we enter the third year of a persistent global pandemic, Asian Americans nationwide have been forced to face another grim reality: an unprecedented level of violence perpetrated against them since the pandemic began. 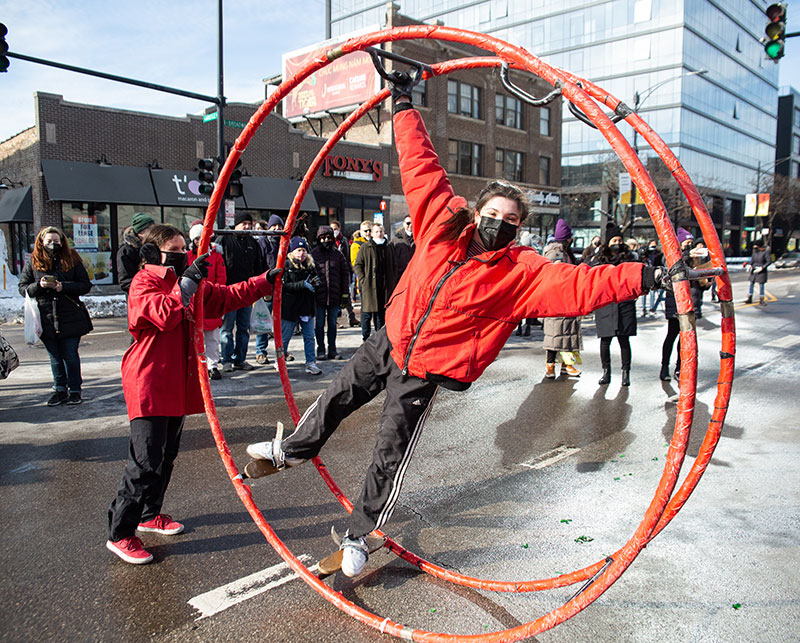 More than 9,000 anti-Asian incidents have been reported since March of 2020, according to Stop AAPI Hate, a national coalition that gathers data on racially motivated attacks. Even in Uptown’s Asia on Argyle district, threats of violence and safety concerns loom close to home. A colleague of a CMAA executive board member was recently hit in the head at the Argyle Red Line stop, and a CMAA associate board member’s cousin was fatally shot in Palmer Square.

Rhea Yap, CMAA’s director of strategic initiatives, said this only heightens the need to come together publicly as a community.

“For the AAPI community, this is our time to show up,” Yap said. “We don’t want to feel afraid to live our lives. We want to feel proud and safe in having our community come together.” 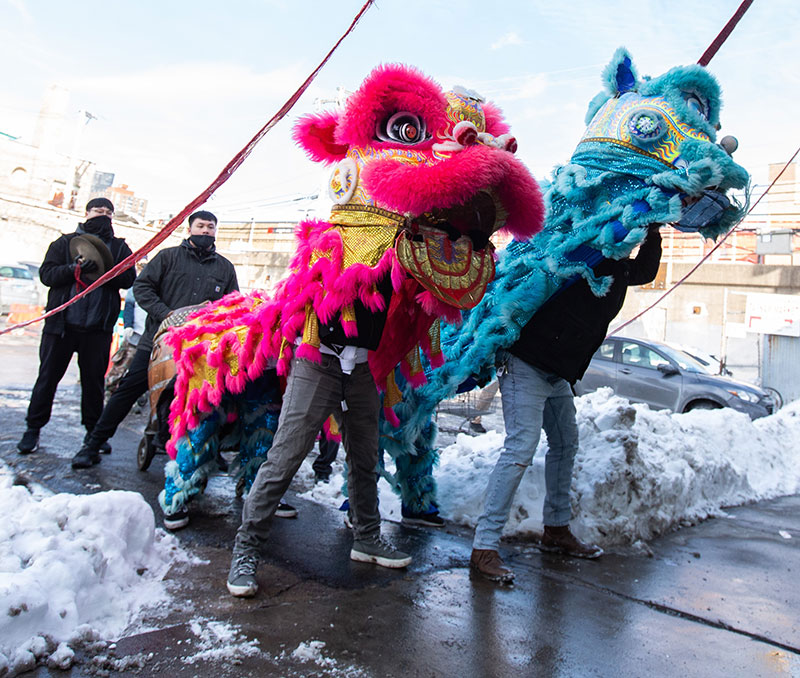 But Yap also stressed a need to move forward with hope, while holding close the remembrance of those who’ve been lost. The celebration serves as an opportunity for those who feel isolated, particularly the community’s elderly population, to gather, connect, and breathe fresh air. It’s a call to action to support businesses—the community’s fabric—that’ve struggled during the pandemic.

CMAA was one of 30 community groups to be a part of the parade, featuring their youth dance troupe, as well as their lion and lotus dancing group (an after-school youth dance program). By being visible in the parade, the organization hopes to increase awareness of their wraparound services, including social services, workforce services, citizenship guidance services, and small business development.

Because the tiger is a symbol of strength and braveness in the Chinese zodiac, this Lunar New Year is said to symbolize resilience and strength, even in times of hardship. These sentiments are as relevant and needed as ever for the AAPI community, who hope this year will mark a pivot toward positive change.

“This is a time to get rid of the negativity of the last two years and really bring in the new energy and air, prosperity, and wealth,” Ngan said. “The fabric of the community is enlivened again.”