United Way of Metro Chicago, with the support of founding sponsor Peoples Gas, launched the United Neighborhoods Equity Fund (UNEF) to support small, BIPOC-led (Black, Indigenous, and people of color) nonprofits predominantly located on the city’s South and West Sides and in the south suburban region and connect them to new capacity-building and investment opportunities.

Learn more about the Fund at LIVEUNITEDchicago.org/united-neighborhoods-equity-fund.

10 BIPOC nonprofit leaders and their organizations are awarded $50,000 of unrestricted funds over a two-year cycle to be used according to the needs of each nonprofit.

To learn more about each of the grantees, click on each of the below names to read the grantee bios, hear firsthand stories from our grantees on Vimeo, or read the 2021-2023 UNEF Grantee Announcement Press Release. 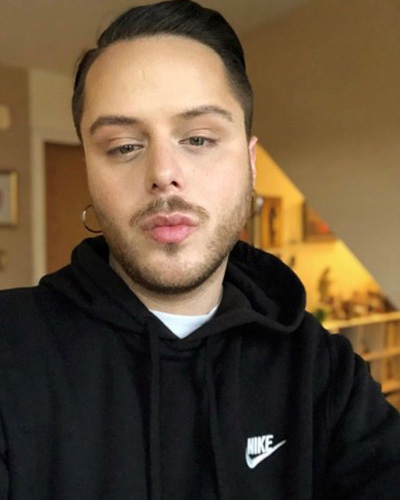 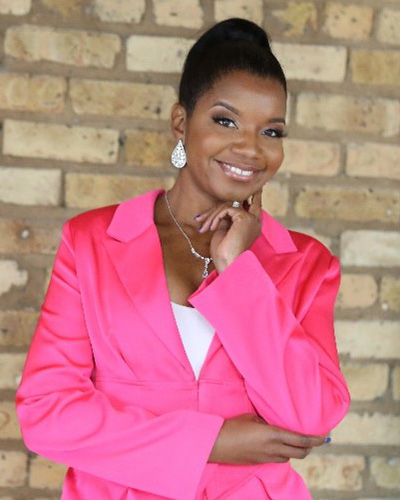 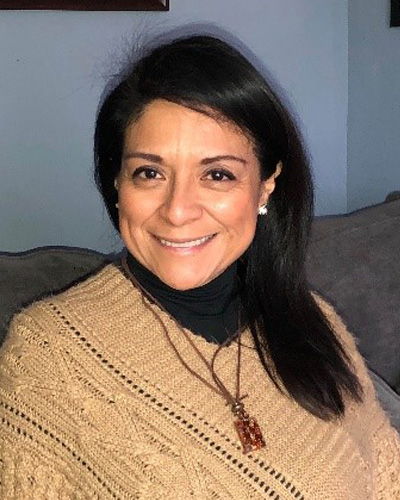 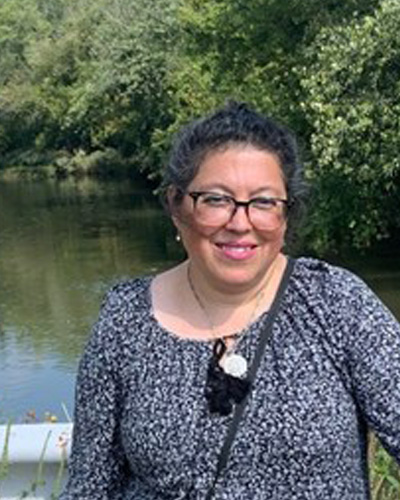 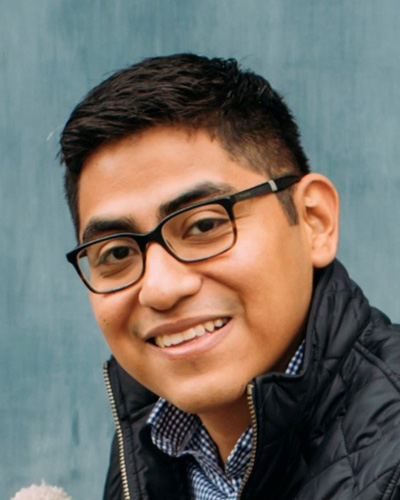 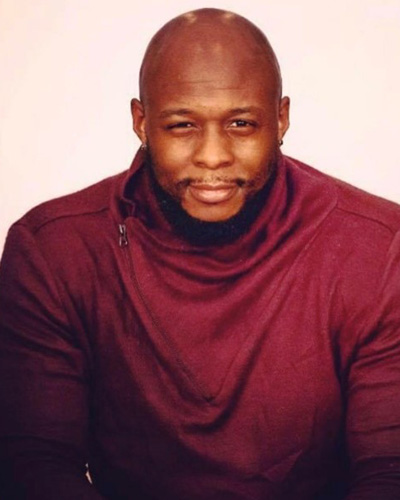 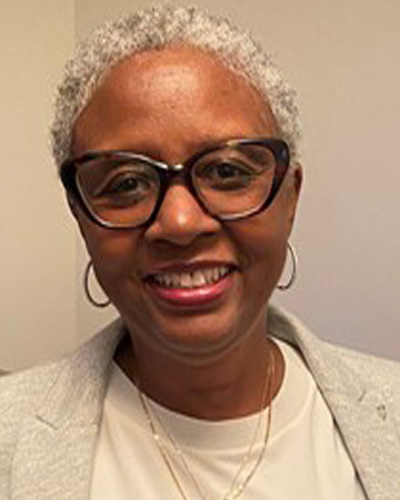 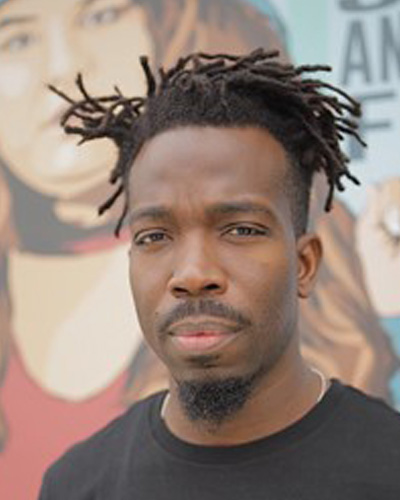 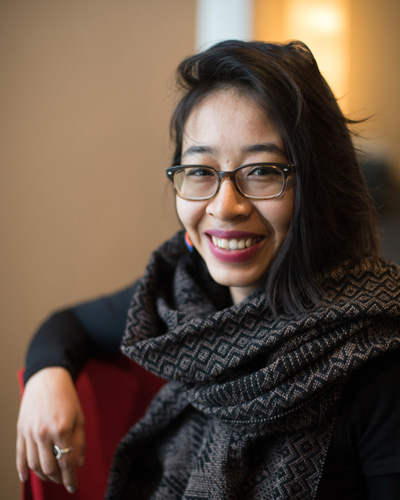 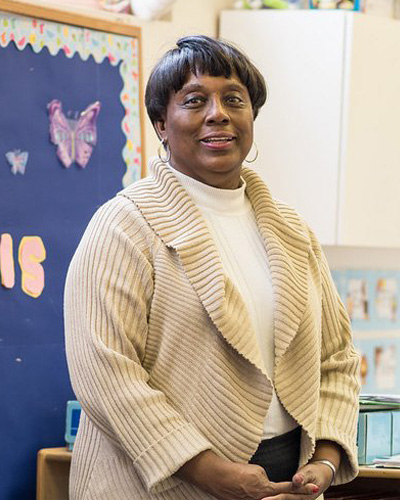 Antonio Santos is a queer, first generation Latinx community organizer from the Southwest Side of Chicago. He is the executive director and cofounder of the Gage Park Latinx Council. The organization operates a community cultural center rooted in popular education, art, abolition and mutual aid in a Latinx community that has seen decades of divestment.

Alongside his work in the community, Antonio has used his lived experience and knowledge as a queer activist and historian to create and facilitate hundreds of hours of LGBTQIA+ workshops, programs and affinity spaces for universities, high schools and elementary schools. He currently sits on the community accountability committee for the Chicago Department of Public Health's Racial Equity Plan and serves as the Gage Park lead for the City of Chicago's Vaccine Equity plan.

Jamila Trimuel is from the South Side of Chicago and began her career in a leadership role at one of the top hospitals in the country. She then pivoted from health systems management to educational leadership so she could pursue her purpose.

Jamila is now the founder of Ladies of Virtue, an award-winning mentoring and leadership program that has served over 2,000 girls and families. Jamila believes that her calling is to empower Black girls to become confident and purpose-driven leaders while strengthening their families and communities.

Carmen Terrones is a first-generation Mexican American and is the fourth child of nine children born to Maria del Carmen and Jose Asuncion Terrones. She is the mother of three strong Mexican American women: Isabella, Claudia and Victoria. Carmen has held multiple leadership positions within the Juvenile Probation Department and the Illinois Department of Juvenile Justice in Chicago. She has substantive collaborative experience with the Annie E. Casey Foundation as the Juvenile Detention Alternative Initiative coordinator and her membership in the Applied Leadership Network, a Juvenile Justice Leadership reform model.

In addition, she developed the community engagement component for the Cook County Probation Department. She supported the development and coordination of the Aftercare program for the Illinois Department of Juvenile Justice. She currently owns her own consulting company, Connecting RJ Communities, focusing on community engagement and restorative justice practices. Carmen authored Estamos en Familia - Juntas and Juntos a Todo Momento a Handbook, providing a concise overview of restorative justice. This handbook aims to inform current restorative justice practitioners on issues related to the Latinx experiences in the United States and guides them in engaging Latinx families in exploring harms associated with racial trauma.

Maria Velazquez was hired as a community organizer for Telpochcalli Community Education Project in December of 2002. In 2009, she was selected to continue supporting the organization’s growth by becoming the executive director. Maria is passionate about advocating for immigrant rights and is committed to be an agent of change.

As a Mexican woman rooted in strong social and moral values, she advocates for equal rights for every human being, especially women. Telpochcalli Community Education Project (TCEP) has been the perfect space for the acknowledgement and respect people need for their humanity to flourish. TCEP supports women as they express their dreams, needs and ideas, while using their strengths and experiences to support the development of community projects and programming driven by the community itself. TCEP has been a support system and safe space for many immigrants coming to this country looking to better their lives. Coming to this country has its challenges. TCEP faces and addresses many of those challenges collectively and takes action for the betterment of the community.

Edwin Martinez is the co-founder of Centro Sanar, a budding mental health agency providing free, culturally attuned mental health services on the Southwest Side of Chicago. Edwin has served as a supervisor, mental health therapist, case manager and youth outreach specialist since 2015. He has provided services through Chicago’s Southwest and Northwest Side community areas.

Edwin has worked across communities working with adults and families that have experienced complex trauma. He has worked in developing healing spaces utilizing violence prevention, restorative justice and mutual aid frameworks in community settings. He has led teams of mental health clinicians, case worker/crisis intervention staff and community organizers. He earned his AM/master’s degree in social work from the University of Chicago, School of Social Service Administration, with a concentration in clinical social work. He also has a bachelor’s degree in criminology, law and justice from the University of Illinois at Chicago. Edwin is a first-generation Latino. His family is originally from Guerero, Mexico.

Messiah Equiano has been an effective playwriting and media instructor at several elementary and high schools throughout the Chicago area since 2012 through Operation Safe Passage and the parent organization, ME, LLC. In this media program, students learn the mechanics and methodology of writing, producing, directing and starring in their own projects.

Since implementation, students at various schools have produced short films, teen and pre-teen talk shows, short stage plays, music videos, commercials and mini documentaries. Some of the schools the media program have been delivered to include Paul Robeson High School, Gary Comer Middle School, Schmid Elementary School and Coles Elementary School, just to name a few. In February 2016, Messiah trademarked the phrase and founded the non-profit entity: CHI-RISE. CHI-RISE is a multi-dimensional, multi-faceted campaign that operates with a mission of flooding Chicago with messages of love, peace and inspiration, while also profiling Chicagoans who are CHI-RISE!

Eula Burge’s involvement in the nonprofit sector began in 1999 while employed with the federal government. She first began advocating for and implementing HIV/AIDS prevention programs where resources were not readily flowing at the levels that the infection rate warranted. As an African American woman who grew up in a disadvantaged community, she always believed a significant difference could be made in disadvantaged and distressed Black and brown communities.

For over 22 years, Ms. Burge has worked tirelessly to close the widening health, social and economic gaps that severely impact African American communities across the nation, including Illinois’ south suburbs and beyond. In 2005, Ms. Burge founded Proactive Community Services (PCS), a 501c3 nonprofit organization providing services in Chicago’s south suburbs. PCS’s mission is to enable African Americans and people from under-resourced communities to take action to increase the quality and years of a healthy life, eliminating health, social and economic disparities, while creating equity across the lifespan. Ms. Burge is currently the founder/CEO/executive director at Proactive Community Services and has worked in this capacity for the past 16 years. She has over 22 years of executive nonprofit management experience providing social and health services and 28 years of federal government service. Ms. Burge holds a Master of Science in Nonprofit Management from Spertus College and a Bachelor of Arts in Interdisciplinary Studies from Governors State University. She attended the Nonprofit Executive Leadership Academy, sponsored by the National Minority AIDS Council—Washington, DC.

Richard Wallace is an artist, organizer and the founder of Equity and Transformation (EAT). His work focuses on organizing Black informal workers to confront anti-Black racism in the U.S. and abroad. He is also the founder of Roosevelt University’s student chapter of the Stop Mass Incarceration Network, a Matthew Freeman Social Justice Awardee, the founder of The Future of Benin Program in West Africa, one of the inaugural Atlantic Fellows, Voqal alumni, Soros Justice alumni and was recently selected as an inaugural Margaret Burroughs Fellow.

Irene Romulo has been organizing to end deportations and the criminalization of people of color in Chicago for the past seven years. Most recently, Irene has turned to journalism as a way to organize, document ignored stories and build power in her community. She is the co-founding editor of Cicero Independiente, a bilingual news organization in Cicero, Illinois. She's a past City Bureau reporting fellow, 2020 Voqal Fellow and an Ida B. Wells Fellow for investigative reporting.

Ruth Kimble is an educator and advocate for young children. She received her training and education from Wright, Malcolm X City Colleges and Northeastern Illinois University. She began her career as the owner/operator of Channing's Family Care business. She opened her daycare center in the Austin community in 2006, where she presently serves as the director. She is the president and founder of the Austin Childcare Providers Network with a membership of 50 small family care facilities and 10 center-based facilities. Ruth serves as a co-chair of Austin Coming Together and the chair of the Austin Early Childhood Education Collaborative and on several advisory boards with the City of Chicago and the State of Illinois. She also serves as a mentor to several local childcare networks throughout the State of Illinois.