United Way of Metro Chicago, with the support of founding sponsor Peoples Gas, launched the United Neighborhoods Equity Fund (UNEF) to support small, BIPOC-led (Black, Indigenous, and people of color) nonprofits predominantly located on the city’s South and West Sides and in the south suburban region and connect them to new capacity-building and investment opportunities.

Learn more about the Fund at LIVEUNITEDchicago.org/united-neighborhoods-equity-fund.

10 BIPOC nonprofit leaders and their organizations are awarded $50,000 of unrestricted funds over a two-year cycle to be used according to the needs of each nonprofit. 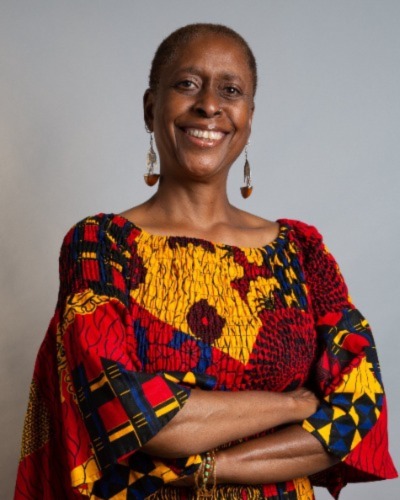 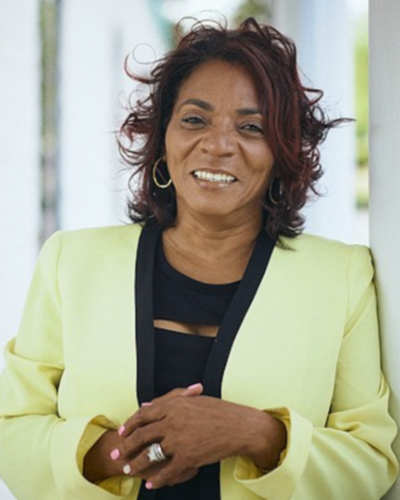 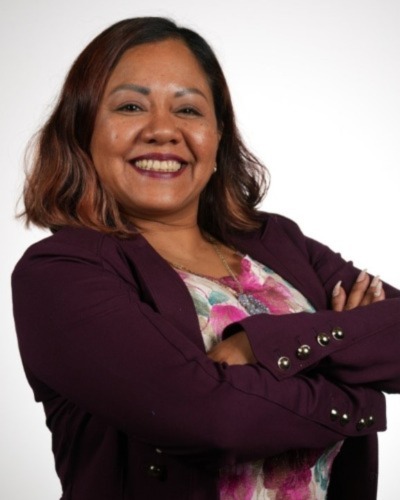 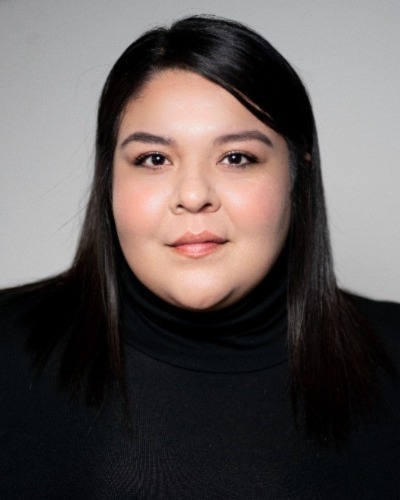 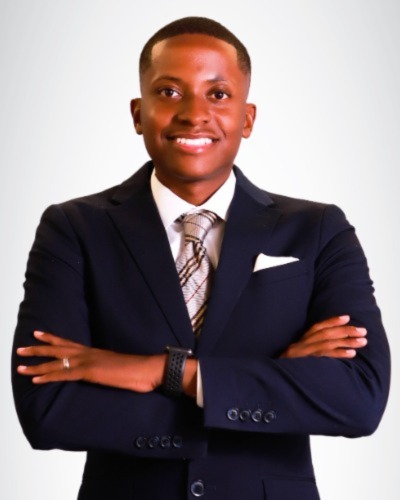 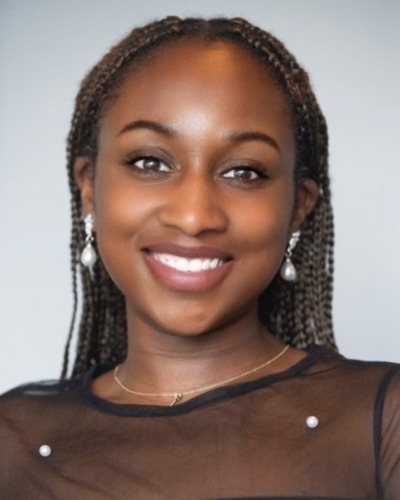 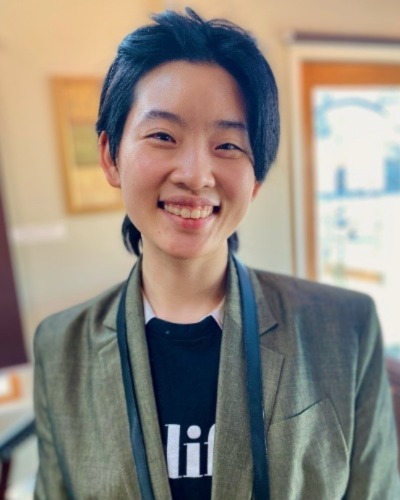 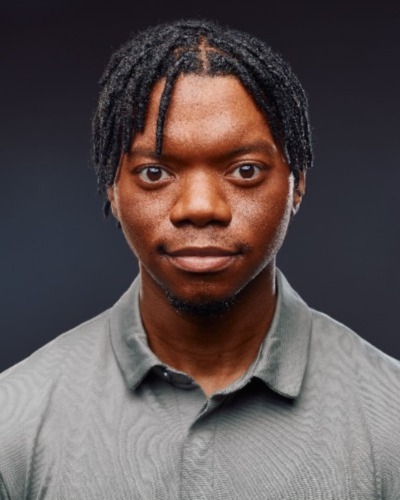 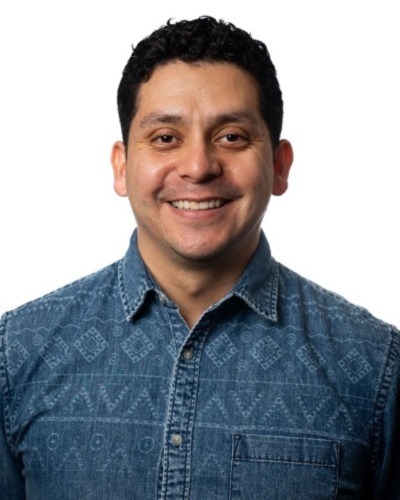 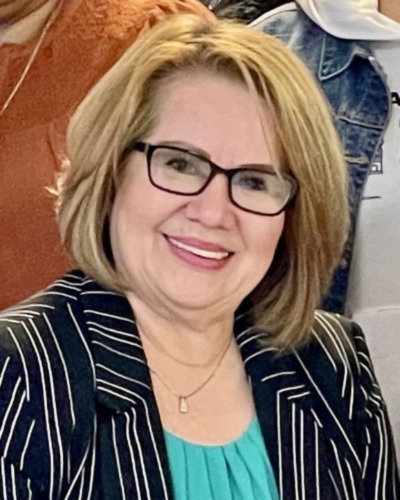 Over the past 20-plus years, Earline “Mekazin” Whitfield Alexander has been committed to ensuring that residents in Chicago receive equitable services to improve the quality of their lives, be it housing, health services, economic stability—any type of inclusion that promotes their wellbeing. She has worked in a variety of capacities as a director, manager, and supervisor, serving children in Head Start programs, youth, and young adults in afterschool programs. She has worked with adults and seniors, creating programs that closed the digital divide, job training, development, and services for the developmentally disabled.

As co-founder and executive director of BA NIA Inc., Mekazin has experience as a traditional spiritual midwife, doula, and educator for the past 30 years. She has assisted numerous people in delivering babies, as well as teaching infant massage, childbirth education, prenatal and postpartum yoga, breastfeeding, and nutritional counseling.  Mekazin states that “the challenge is making sure you always provide a continuum of service and to make certain that you are doing what is necessary to take people to the next level while addressing their critical needs.” In addition to being certified as a Perinatal Educator, she holds a Master of Arts degree in human services administration from Spertus College.

Beulah Brent - Sisters Working It Out

Beulah Brent is undeniably one of the most passionate, hard-working, results-driven professionals in the Chicagoland medical community today. As the 13th child in a family of 16 children, caring and nurturing simply comes naturally and has fueled both her passion and career of serving others. Beulah earned her Bachelor of Science degree in business administration from Chicago State University and is currently working towards her master’s degree in management.

Beulah began her professional career at John H. Stroger, Jr. (formerly Cook County Hospital) as a clerk in the Medical Records Department. During her tenure at Stroger Hospital, she received several promotions into various managerial positions. One of those positions was as a manager in the Stroger’s radiology department. This soon led to her accepting a position as manager of the Access Community Healthcare Boulevard Center location. Beulah’s professional progression in healthcare management fueled her passion and desire to not only become more intricately involved in breast health and breast cancer awareness, but community health as well. This also prompted her to become more involved in building relationships with medical organizations that provided multiple healthcare benefits to the residents of underserved communities around Chicago.

In December 2017, Beulah resigned from management at Access Community Healthcare to devote more time to Sisters Working It Out (SWIO), a nonprofit organization she had worked tirelessly with for over 19 years. Since its inception, SWIO has been dedicated to bringing cancer awareness, and particularly breast cancer awareness, to minority and underserved communities in the Chicagoland area. In January 2018, SWIO’s Board of Directors selected Beulah Brent as its chief executive officer, a position she both earned and deserved for being the driving force behind the organization’s continued growth.

Celia Colon is a happily married mother of four amazing children and a grandmother. She is living proof that it is never too late to change your narrative. She is a talk show host and producer of Powered by Pain on The JD3TV app, which streams on Apple, Amazon, and Roku. She is an Emmy Award nominee, author, educator, and inspirational speaker. She uses her unique life experiences to advocate and support legislative policies that advance smart criminal justice reform. As a passionate community leader, mentor, and organizer, she is reimagining what re-entry with support looks like for women, serving as CEO and founder of Giving Others Dreams (GOD), a nonprofit organization that is led by justice-impacted women. Giving Others Dreams provides direct re-entry services and holistic support for justice-impacted women and families impacted by violence.

Giving Others Dreams provides immediate mutual relief with the “We Win” emergency basic needs care package. These emergency basic needs care packages fulfill the disparity of basic human needs for the first 30 to 45 days home and include cleaning products, toiletries, hygiene products, PPE supplies, and interview attire and other clothing. These interventions add to their goal of stopping violence against women and reducing their recidivism rate.

As a speaker and educator, Celia has frequently spoken at conferences, elementary schools, universities, churches, jails, treatment centers, prisons, and before legislators and on legislative committees. She has also appeared on television, radio, and podcast shows.

Jackson Flores is the president of DishRoulette Kitchen (DRK) and an operations consultant with over a decade of experience in international, multi-concept dining and quick service operations. Jackson specializes in developing operational foundations and processes for every level of restaurant, from quick-service to fine-dining; built to launch, scale, and sustain profitability from concept to completion. Previous experience includes Starbucks, B&B Hospitality, Michelin-Rated concepts: Quiote and Todos Santos, and the University Club of Chicago.

Dr. Marlon Haywood was born and raised on the South Side of Chicago in the Englewood area. Never one to let his environment dictate his future, he received his doctoral degree in educational leadership from Roosevelt University. He has a master’s degree in adult & higher education and a Bachelor of Arts in liberal studies from Northern Illinois University (NIU).

Dr. Haywood’s life’s mission is to be a positive source of change in the lives of young people, in particular young minority men. His professional resume is one deeply rooted in service. While serving as a transition specialist, he noticed the completion rate for African American males that receive their GED was low. To serve as an intervention, he developed the male mentoring program Urban Male Initiative, a program that provided academic support to first generation male students at Malcolm X College. Dr. Haywood has expanded his work to include elementary and high schools, where he started Urban Male Network, a nonprofit organization to work with teenage male youth in Chicago.

Moreover, Dr. Haywood served as a health disparities research fellow for three years at Rush University Medical Center, working on the BMO Harris Bank grant project in partnership with Malcolm X College and the Medical Home Network. There he did research and designed curriculum and other initiatives to address the socioeconomic and health disparity issues in low-income communities of Chicago. Marlon served as program manager for the Office of Community Engagement at Rush University Medical Center.

Still, even with all the work he does with the aforementioned organizations, Dr. Haywood felt there was more he could do. He founded Marlon Speaks, LLC, a platform that allows him to use his voice and experiences to promote social change as a motivational speaker.

Lynette Kelly-Bell - A House in Austin

Lynette Kelly-Bell is a life-long resident of Chicago. She was raised in East Garfield Park by her parents, along with 14 of her siblings.

Being a stay-at-home mom, Lynette looked for different ways to have fun with her family of three. She found A House in Austin (AHIA) in 2016 and instantly fell in love with the support and opportunities that were provided to families. After participating for 1.5 years, Lynette and AHIA became one with her being added as assistant executive director, where she remained until October 2021 when she and Becky Martin became co-executive directors.

Lynette fuels her passion for change and her community by spearheading marketing, fundraising, donor cultivation and recognition, and AHIA special community events.

Angela X. Lin is the co-president and co-founder of People Matter, along with Consuela Hendricks. She is a trained artist but fell into community organizing in 2017 and never left. Her background is in grassroots leadership development for parents, youth, and seniors in Chinatown, where she introduced the first ever Asian American cohort of Parent Mentors to join the Illinois Parent Engagement Institute in 2018. She is passionate about tackling anti-Blackness in intergenerational Yellow American communities, catalyzing both immigrants as well as second generation+ Yellow Americans. She is a current Associate Board Member of the Chinese American Museum of Chicago, a 2022 Cultivate: Women of Color Cohort Member, 2019 Crossroads Fund Giving Project Member, and 2017 Chicago United for Equity Fellow.

Adam L. McMath is a filmmaker, activist, and political consultant that debuted his first feature-length documentary at Black Alphabet Film Festival. Mr. McMath is a lover of Black history and a long-time nonprofit leader and arts administrator focusing on Black LGBTQ art. He spends considerable time producing multimedia for corporations; however, his passion is grassroots BIPOC art.

Esteban Rodriguez is the executive director of Corazón Community Services, located in the town of Cicero. Esteban began his professional nonprofit career at the age of 17, when he was receiving youth services at the organization he now leads. Since then, he has built over 16 years of nonprofit experience and has continued the path to serving others through several public sector fields, such as youth, health, violence prevention, criminal justice reform, housing, and education.

Esteban holds a master’s in public administration from Baruch College through his National Urban Fellowship and a bachelor’s in psychology from the University of Illinois at Chicago.

Maria Ruiz is the executive director and founder of Un Nuevo Despertar (A New Awakening). Her passion for helping people experiencing violence stems from experiencing and surviving a violent relationship herself. Today, with more than 30 years of experience, with impact and influence on the lives of thousands of people, Maria presses on towards the goals and challenges that life presents, with the confidence of knowing that she is making a difference in the lives of thousands of people and working towards the creation of a community free of violence, with healthy empowered and strengthened families.